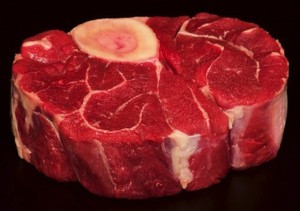 The best prescription for weight loss.

The conventional wisdom is that if you eat like nobody’s business, you’ll become fat. Too many calories in, too few expended. So the fat stays.

The first childhood-obesity clinic in the US was founded by Hilde Bruch who upon arrival in New York from her native Germany, was alarmed to see the number of fat kids she saw.

The startling thing is that this was New York in the 30’s – the worst period of the Great Depression, an era of bread lines and soup kitchens, when 6 in 10 Americans were living in poverty.

Why were the cellphone- and Big Mac-deprived Depression-era kids fat? Indeed how can we blame the obesity epidemic on gluttony and sloth if we easily find epidemics of obesity throughout the past century in populations that barely had food to survive and had to work hard to earn it?

There is another theory why even the poorest among us are amongst the fattest.

This theory implicates specific foods – refined sugars and grains – because of their effect on the hormone insulin, which regulates fat accumulation.

Insulin regulates how much fat gets trapped in our fat cells and certain types of food we eat pretty much drive up our insulin levels – which explains the fat kids in Depression-era New York. The problem then – as now – was the prevalence of sugars, refined flour, and starches in people’s diets – cheap, easily available, tasty calories.

In our context, we know how palatable a huge plate of coconut rice – nasi lemak – or even plain rice, with a little sambal or curry gravy can be. That with a can of say, Coke, (which is said to have the equivalent of 10 spoonfuls of sugar) and we are courting major disasters.

Exercise and you will lose weight.

I see my pretty neighbor AH jogging, puffing and huffing, turning green in the face, trying to shed off some of her extra weight and I pity her. I don’t have the heart to tell her that it’s all rather hopeless. If anything, her knees will go, not her weight.

I recently came across a group of sweaty men, attired in exercise gear, sitting down for breakfast at a hawker center, apparently after their jog. They were stuffing their faces with chicken rice and two whole chickens, complete with skin and fat, accompanied by a huge plate of roast pork and char siew, washed down with coffee infused with condensed milk and sugar.

What’s the point of jogging?

When the American Heart Association and the American College of Sports Medicine jointly published physical-activity guidelines back in 2007, they described the evidence that exercise can even prevent us from growing fatter as “not particularly compelling.”

Note that this is not me spouting crap. I’ve been reading the writings of Gary Taubes, author of Why We Get Fat. Taubes is the Robert Wood Johnson Foundation Independent Investigator in Health Policy Research at the University of California, Berkeley, School of Public Health.

So how now brown cow?

The latest clinical trials suggest that all of us would benefit from fewer (if any) sugars and fewer refined grains like bread and pasta and starchy vegetables like potatoes. Experimental trials suggest that diets that are severely restricted in fattening carbs and rich in animal products – meat, eggs, cheese – and green leafy vegetables are arguably the best approach, if not the healthiest diet to eat.

(Ethical arguments against meat-eating are always valid; health arguments against it can no longer be defended. In the mid-1970s, red-meat consumption in the US peaked, and that was BEFORE the US obesity epidemic started.)

The healthcare industry is not telling us the truth because if everyone’s healthy, that industry would collapse. Same reason why the oil industry would is never serious about R&D into alternative sources of energy.

As me, I’m reducing carb intake and go high protein whenever practicable. Once my friends and I did the two-week Atkins “induction” and we lost a lot of weight so I know for a fact that it works.

Just got to watch the constipation.