The China That Can Do No Wrong 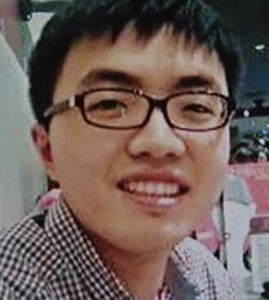 On June 20, a so-called “distinguished Chinese thinker” arrived in Oxford University to give a talk.

This man, Zhang Wei Wei, author of The China Wave: Rise of a Civilizational State, used to be a senior interpreter of Deng Xiaoping. He is now a professor at Fudan University, among other appointments he holds.

He had an audacious mission in Oxford: to explain to Britain’s best and brightest that far from being a repressive or unhappy place, China is in fact pretty perfect. More to the point: now that Europe is in deep shit, China will be the next great world-shaping civilization. He began boldly: “China is a unique country,” he proclaimed. “It is the world’s longest continual civilization. It is like the Roman Empire, but as if the Roman Empire had continued to this day! The western media presents China as insecure, as if the people are unhappy and the leadership afraid, but it’s not true. The Chinese are happy. We have greater justice and fairness, and now many countries look to us for rescuing.”

Zhang is just one of the growing number of Chinese town criers – increasingly strident on the global stage – who propound the idea of “the Chinese way.” They probably contribute to the worldwide increase in sales of puke bags but the gospel they preach seems particularly attractive in this day and age when the US is mired in debt and the EU is on its knees. As Americans prepare for another ugly election year, with mudslingers like Mitt Romney in full force, and Europeans take to the streets, and democracy itself seems like a bad joke, this is certainly China’s moment to market its own myth to the world and to brag about its superiority.

For Zhang and his ilk, there is nothing tyrannical about China at all.

And I, a Singaporean born and bred here am in total agreement.

Indeed, I agree with Zhang not 100 percent, but 1000 percent! I totally agree with Zhang IF I forget the millions slaughtered by Mao, if I forget the toxic milk powder and other food scares in China, if I forget how the Tibetans and the Uighurs have been crushed, if I forget a country bereft of morals and driven largely by raw greed, if I forget the crass and boorish who mix single malts with green tea, or wine with 7UP,  if I forget the hordes of gold digging seductive temptresses who have broken up countless families, if I forget some of the Chinese nouveau riche who own expensive Ferraris, but have no frigging idea how to drive them, instead transforming them into missiles and killer machines, if I forget that Chinky jerk Sun Xu (that’s him in photo above) who was awarded a scholarship to study here, but was grateful enough to call us dogs, if I forget how disgusting it is to see Chinese mainlanders nosily clearing their throats in public and spitting on our roads, and onto the shiny floors of our spanking news malls, floors so sparkling clean they can eat their Peking Duck on, if I forget the forced abortions we read about. (I can go on and on ad nauseam. Just don’t get me started.) Hear ye, hear ye, I cannot but agree with Zhang if those things I mentioned didn’t happen.

People of the world, take note: China, glorious, great, progressive China, the middle kingdom, the epicenter of the world, is a fount of ancient wisdom and enlightened moral values, an Utopian heaven on earth. Even the food is better, they claim. At a rather high-level discussion in London recently, Zhang loudly declared that even French cooking couldn’t compete with the tasty and varied food available in China.

IF THIS IS SO, THEN WHY THE FUCK ARE SO MANY OF YOU HERE IN MY COUNTRY SINGAPORE???!!!