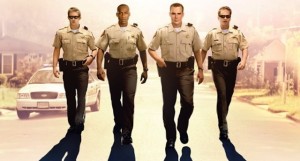 I invited two families to a private screening of Courageous yesterday.

Courageous addresses the questions relevant to today’s fatherhood such as the negative consequences of absentee fathers and the impact of ineffectual dads.

It also lends a more balanced perspective to the role of women in today’s society.

Female empowerment may be an increasingly popular theme in movies but in the world of make believe, women’s strength and abilities are often exaggerated for the sake of entertainment. Women today indeed play increasingly demanding roles at home and at work, unfortunately their prominence often comes at the expense of men, and most notably dads who are frequently portrayed as dumb, distracted or worse. Also, in the attempt to reaffirm women’s rights, bra burning women are becoming increasingly obnoxious – independent alpha bitches of the “Me” generation who have self-programmed themselves to go around declaring “I’ve sworn off men” now live life in pursuit of despicable narcissism – traveling on their own, doing The Camino de Santiago de Compostela when they are not even Christians and not drinking tea unless there’s honey, not eating unless the food is organic and won’t touch beef that’s not grass fed. Some even adopt children and raise them on their own. Yes, who needs men?

Courageous is a strong reminder of the importance of the family as an institution in today’s society.

This action-packed film focuses on four high octane law enforcement officers who put their lives on the line to fight gang and drug crime in the community. Courage is a given on the job.

Yet at the end of the day, they face a challenge that none of them are truly prepared to tackle: fatherhood. When tragedy hits home, these men are left wrestling with their many questions.

An excellent film to watch with the family, though Courageous is the fourth film from Sherwood Pictures, the movie making ministry of Sherwood Baptist Church in Albany, Georgia it is far from an amateurish attempt – this film is like any professionally made Hollywood blockbuster, costing millions to produce and has been shown in cinemas around the world.

And what is refreshing is that there isn’t a word of profanity in the entire movie.