Permanent Adultescence – Singaporeans, Are You Breeding Monsters at Home? 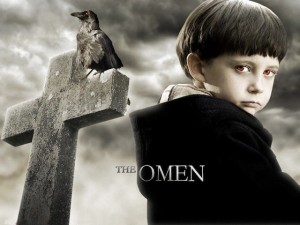 I read in The New Yorker that in 2004, Carolina Izquierdo, an anthropologist at UCLA, spent several months with the Matsigenka, a tribe of about twelve thousand people who live in the Peruvian Amazon. The Matsigenka hunt for monkeys and parrots, grow yucca and bananas, and build houses that they roof with the leaves of a particular kind of palm tree, known as a kapashi. At one point, Izquierdo decided to accompany a local family on a leaf-gathering expedition down the Urubamba River.

A member of another family, Yanira, asked if she could come along. Izquierdo and the others spent five days on the river. Although Yanira had no clear role in the group, she quickly found ways to make herself useful. Twice a day, she swept the sand off the sleeping mats, and she helped stack the kapashi leaves for transport back to the village. In the evening, she fished for crustaceans, which she cleaned, boiled, and served to the others. Calm and self-possessed, Yanira “asked for nothing,” Izquierdo later recalled. The girl’s behavior made a strong impression on the anthropologist because at the time of the trip Yanira was just six years old. Yes, six years old.

Meanwhile, another anthropologist, Elinor Ochs, had recruited thirty-two middle-class families for a study of life in twenty-first-century Los Angeles. Ochs had arranged to have the families filmed as they ate, fought, made up, and did the dishes, etc.

Izquierdo and Ochs wondered how parents in different cultures train young people to assume adult responsibilities? In the case of the Angelenos, they mostly didn’t. In the LA families observed, no child routinely performed household chores without being instructed to. Often, the kids had to be begged to attempt the simplest tasks; often, they still refused. In one fairly typical encounter, a father asked his eight-year-old son five times to please go take a bath or a shower. In another representative encounter, an eight-year-old girl sat down at the dining table. Finding that no cutlery had been laid out for her, she demanded, “How am I supposed to eat?” Although the girl clearly knew where the silverware was kept, her father got up to get it for her.

In a third episode captured on tape, a boy named Ben was supposed to leave the house with his parents. But he couldn’t get his feet into his sneakers, because the laces were tied. He handed one of the shoes to his father and ordered: “Untie it!”

Today’s kids may represent the most indulged young people in the history of the world. It’s not just that they’ve been given unprecedented amounts of stuff – designer clothes, toys, cameras, computers, televisions, cell phones, PlayStations, iPads, Wii, etc. (The market for Burberry Baby and other forms of kiddie “couture” has reportedly been growing by ten per cent a year. Go visit Forum the Shopping Mall at Orchard Road to see what I mean.) They’ve also been granted unprecedented authority. Parents today seek their kids’ approval, a reversal of the past ideal of children striving for their parents’ approval.

Kids throwing themselves on the floor in a tantrum until they get what they want seems like an increasing sight in public these days.

Last year, I blogged about our bubble kids. Read the post here.

In Singapore, the problem is our kids stay with us for a much longer period of time. Unlike the Americans who tend to leave the nest in their late teens, many of our kids in Singapore are stuck in a state of Permanent Adultescence – they remain overgrown babies, spoilt, pampered, protected, sheltered and soft. They become “strawberries” – nice to look at, but easily bruised. It is not unusual to see families whose lives revolve around their kids – “Oh,  Kylie needs a nap in the afternoons” or “Sorry, Shawn must be in bed by 8” or “Nope, Saturdays are out because Chloe has ballet” ad nauseam.

Hara Estroff Marano an editor-at-large at Psychology Today, wrote about a high school in Washington State that required students to write an eight-page paper and present a ten-minute oral report before graduating. When one senior got a failing grade on his project, his parents hired a lawyer.

Today’s parents are “jet-powered turbo attack models” a former school principal complained to Marano. Other educators griped about “snowplow parents,” who try to clear every obstacle from their children’s paths.

Here in Singapore, I have some friends who are teachers. They hesitate to reprimand their students because parents storming into classrooms threatening lawsuits is not uncommon.

In general, we Singaporeans complain too much. I think we should all meditate on the words of Robert Fulghum:  “One of life’s best coping mechanisms is to know the difference between an inconvenience and a problem. If you break your neck, if you have nothing to eat, if your house is on fire, then you’ve got a problem. Everything else is an inconvenience. Life is inconvenient. Life is lumpy. A lump in the oatmeal, a lump in the throat and a lump in the breast are not the same kind of lump. One needs to learn the difference.”

In Australia, a former student of one of Australia’s most prestigious private schools is suing the academic institution after she failed to get into the law course of her choice.

Rose Ashton-Weir, 18, claims that the elite Geelong Grammar School, where Britain’s Prince Charles spent two terms as a student in 1966, did not provide her with adequate support. As a result, the teenager’s final high school score was insufficiently high enough to gain admittance to law at the University of Sydney.

Rose’s mother, Elizabeth Weir, is also suing Geelong Grammar. Elizabeth Weir wants A$39,000 compensation for rent she paid when they moved to a new home after her daughter relocated from Geelong to Sydney. Elizabeth also claims that Rose’s move resulted in her giving up her cookie business which would have raked in A$450,000 over a three-year period.

Another student in Australia, Sarah Wong Hui Xin, has been widely mocked after she scored 99.95 percent for her final high school exams, then appealed against her result because it was not 100 percent.

The case raised concerns about a “culture of entitlement” and prompted criticism of her mother, Eileen Wong, who was inevitably labeled a “Tiger Mum” after it emerged that she had lodged the initial complaint.

Sarah, who attended an elite private girls’ school in Sydney, said she had a wrist problem, suffered discrimination and her mark should have been 100. Her final result in the 2008 Higher School Certificate, given to students who finish high school in New South Wales, meant she had beaten 99.95 percent of other students in the state – but she believed she would have received the top mark if treated fairly.

I’m waiting for the first such case to surface here in Singapore.

I think it’s only a matter of time before it happens.