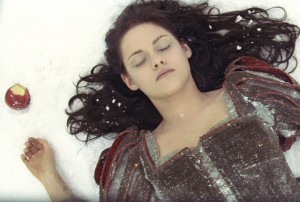 If you have a wife or a girl friend who can’t get over your ex, this post is a must-read for her.

In a novel I’ve just read, the protagonist’s love interest once had a lover who has since passed away. This dead lover became the heroine’s constant cause of insecurity causing so much tension in their relationship that it prompted the love interest to pen this missive to the protagonist:

I feel sorry that you are still so threatened by someone who has already been dead for several years.

I really wish that your insecurity wouldn’t force you to dig up her dead body and drag her out to flog at your pleasure again and again. I detest it when you can’t resist any chance to attack her at every opportunity. All the comments you’ve made about her (and accompanying facial expressions) so far are rife with snark. Talk about cheap shots below the belt.

She happened to be someone I spent decades with, someone I shared many wonderful memories with, though there were challenging and difficult times too. She is someone I used to love. She has way too many qualities surpassing even yours, just as you too have many different positive attributes she did not possess. Like her, with you I too face many moments that are exasperating and irritating; moments that make my blood boil, sadly with increasing frequency it seems. At least she has passed on and I don’t have to deal with any more of such moments.

I will defend to the death everyone I love just as I would defend you if someone should attack you. I wish your actions from now on can demonstrate that you actually respect yourself more than you verbally profess. You can do that by not dragging her up every time a conversation makes you aware your own self-doubts.

This reminds me of a longitudinal study in the US funded by the National Institutes of Health conducted by Terri Orbuch, a psychologist and research professor at the University of Michigan’s Institute for Social Research. Dr Orbuch is also the author of a new book entitled Finding Love Again: 6 Simple Steps to a New and Happier Relationship.

To engage in a healthy way with your partner, you need to let go of the past, Dr Orbuch says. This includes getting over jealousy of your partner’s past relationships.

Somehow, reading that letter in the novel, I am also reminded of William Blake’s poem A Poison Tree.

In A Poison Tree, the tree is used as an extended metaphor, which helps explain a truth of human nature. This poem teaches how anger can either be dispelled by goodwill or nurtured to become a deadly poison.

The deadly fruit borne of a tree cultivated by rage and resentment is an apple, in this case.

Blake says he “sunned it [his fury] with smiles” and “and with soft, deceitful wiles.” This means he is creating a false impression with his enemy by pretending to be friendly in order to seduce and bring him closer. You can almost feel the pleasure he takes in his own slyness.

We all know that wiles are sly tricks; strategies intended to deceive someone into trusting. Blake is laying a trap for his foe, tempting him to desire something that seems alluring but is harmful.

In Blake’s poem his enemy consumed the fruit of his hatred and Blake saw “my foe outstretched beneath the tree.”

However in real life, it is usually the person doing the hating who becomes a victim of his own wrath.

The person you so detest is often completely oblivious to it all while the toxicity that you are infusing into your own life of envy and resentment will one day come back to hurt you in a very big way.

The heroine in the novel I just read sighed to herself and muttered, “It’s so hard to compete with a dead person.”

Blake’s poem is not a celebration of wrath; rather it is a cry against it:

And I watered it in fears,
Night and morning with my tears;
And I sunned it with smiles,
And with soft deceitful wiles.

And it grew both day and night,
Till it bore an apple bright.
And my foe beheld it shine,
And he knew that it was mine.

And into my garden stole
When the night had veiled the pole.
In the morning, glad, I see
My foe outstretched beneath the tree. – William Blake