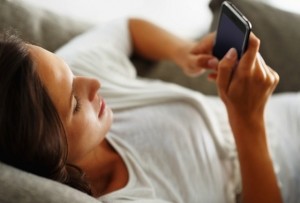 Realizing that I hardly talk on the phone but rely more on SMS and WhatsApp – and occasionally suffering from slips of the thumb, rather than of the tongue – I intend to change my price plan with SingTel soon.

Research from the US says that a third of smartphone users go online before getting out of bed and that the average person, regardless of age, sends or receives about 400 texts a month, four times the 2007 number. Texting has become like blinking.

Also, more than two thirds of these people report feeling their phone vibrate when in fact nothing is happening. Psychologists call it “phantom-vibration syndrome.”

And next year’s DSM will include “Internet Addiction Disorder” for the first time!

I’m not sure if I send or receive 400 texts a month  – I suspect I do – but I do admit that sometimes I feel my phone vibrate when it isn’t.

I don’t have data pertaining to Singapore, but Americans stare at a screen for at least eight hours a day, more than they spend on any other activity including sleeping.

In China, Taiwan and Korea, reports say that as much as 30 percent of teens are considered Internet-addicted. Out of Asia we recall news of a young couple causing death to their infant whom they neglected while nurturing a virtual baby online. A young man fatally bludgeoned his mother to death for suggesting he log off (and then used her credit card to rack up more hours). At least 10 ultra-Web users have died of blood clots from sitting too long.

We now suffer from “cyberchondria” based on the excess of medical information available online, and – perhaps most frightening of all – the “Google effect,” an inability to remember facts because we know they are so readable available online.

I came to know some of these facts from a book by California psychologist Larry Rosen iDisorder: Understanding Our Obsession With Technology and Overcoming Its Hold on Us.

Ironically Rosen’s iDisorder is available as an e-book.