My Life in Ten Posts: Refined by Fire (Part 3) 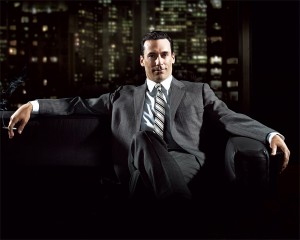 He could have been Bernard Chan.

1976 was National Service time for me – an era when mothers still worry that their sons’ lives may be jeopardized. Still despite the bed bugs, the horrendous food (rice mixed with sand and veggies reeking of ammonia, among other horrors) and the abusive NCOs, life wasn’t as bad compared to the NS my father’s youngest brother – my fourth uncle – did. His NS was served under the Israeli commanders. “Those where the most difficult days of my life,” uncle David would say.

Mine was the last batch to suffer – recruits from the batch after me were issued with a booklet detailing the differences between “legal” and “illegal” punishments and told they could decline to do anything “illegal.” We had no such luck – abusive NCOs would force us to do duck walks, star jumps, etc and torture us any way they felt like.

Today NS boys no longer need to starch their uniforms, or polish their boots. We starched our shirts till they could stand and we had to polish our boots till our teeth could be seen reflected on them. Today’s softies are equipped with iPads, and dine on warm food catered by SATS. What a life!

I ended up in the guardroom on my second day of NS.

At breakfast, our first breakfast as NS men, we helped ourselves – as we were instructed – to the Milo but the NCO cook on duty apparently felt that I had scooped too much Milo from the pot and ordered me to pour some of my share back. That was precisely what I did but apparently he felt that I still had way too much Milo in my mug and screamed at me – with some rather colorful Hokkien expletives – to pour more back into the pot. Infuriated, I poured everything back and decided not to consume the darn drink. The cook, however wouldn’t let it go and told me to hold up my mug saying that he would decide how much Milo we recruits were entitled to. He said he would serve me. He then proceeded to use a ladle to pour the Milo into my mug but deliberately behaved as if he was distracted and poured the hot boiling Milo all over my hand instead. The skin of my hand peeled off right before my eyes. I realized my hand was being cooked! Imagine the excruciating pain!

I was in hot water, literally! How in the world was I going to get out of this mess?

The CO gave me a tongue lashing but before he could finish I told him that so far (it had only been one day), my NS experience was nothing like what my uncle said it would be. My uncle, I told the CO, had advised me that NS would be fun, that NS is the time when boys are trained to become men to defend and protect our young nation. So I was really looking forward to NS but I had no idea I was going to be sleeping in a bed infested with blood sucking bed bugs and I had not expected to receive – in one short day – more abuse than I’ve ever received in my entire life up to now.

Goh Keng Swee was Minister of Defense at that time.

The next moments were also a blur – the handcuffs were off, apologies were offered to me, promises to forget the whole episode were made to me and I was beseeched to forgive the cook.

Am I related to the late Dr Goh Keng Swee?

Well, the secret will be out when my no-holds-barred, kiss-and-tell-all memoir complete with names and photos is eventually published – perhaps when I turn 70.

Other than that incident, unlike my uncle David’s experience, my NS days were among the best times of my life.

After Basic Military Training, I was posted to Tengah Air Base.

Apart from a couple of aircrashes which I can’t blog about because of security reasons, the rest of NS went by rather fast with no major incidences.

Throughout my stint at Tengah I had laundry picked up, washed, ironed and delivered completely free of charge. The operator, a big, tall, dark giant of an Indian – a pipe smoker – had many workers in his employment who had problems with the immigration department and this imposing man sought my help to write letters on his behalf. He didn’t want to accept my payment after I helped him.

When I RODed, Leong, the operator of Tabar (Tengah Air Base Bar) Club, a canteen inside the airbase, presented me with a set of Parker pens. He too hired workers who got into trouble with the immigration department and he too looked me up to help him with letter writing.

Two friends I made during Tengah Air Base days are still among my best friends today – Bernard Chai Hean Wee and Alex Chong Chay Tart.

While NS days were full of enjoyable days, working life was something else.

Two jobs I held when I was young will always be remembered by me.

The first was a company that not only didn’t pay my salaries on time but actually cost me to lose money.

Once, there was a company that sold educational films.

A fellow I met decided to start a similar company.

He was a scumbag of the highest order.

Young and naïve, I accepted his invitation to become his “General Manager” a rather meaningless title he bestowed on me after having talked me into getting a bank loan to “invest” in the company.

I never got my money back.

This man would go on to write books on integrity, etc.

It took me years to repay that bank loan.

Not only did George – I’ll call him “George” – swindled me of my money, he owed me many months of salary.

I then decided to resign.

After my resignation I went away for a few days.

Then one day when I was away, the company made it to the headlines.

Well, that was that.

At least my butt was spared.

Another company I won’t forget was an advertising agency owned by a flamboyant ex Olympic swimmer, Bernard Chan, a scion of the famous Chan family. The father Dr Chan Ah Kow was a legend in his own time.

I was still wet behind the ears and was paid a pittance, but at least, I was paid.

Pay aside; Bernard was a kind boss and a really nice fella.

He’s the sort of a guy with whom you would love to have a beer and a nice conversation anytime.

My first job there was as a copy writer and I wrote the Fujifilm “Never before” series of ads and participated actively in the brainstorming for the creation of the Navy ads. (At that time the armed forces had just decided to go into advertising.) I came up with the tag line “a vital link in a vital force” but when the ads finally came out, the Navy had shortened it to “a vital force.”

My boss was a workaholic named Roy Oh.

When we reported for work in the morning, Roy was already there. When we leave for home at night, Roy would still be there.

The company’s name was DNC (Dailey, Naidu and Chan) but we often joked that for Roy it must have stood for “Daylight Never Comes.”

Not only was Roy an workaholic he was a perfectionist.

Bernard and Roy influenced me in more ways than one, I realized.

A large part of the way I talk, I was told, has been patterned after Bernard.

Those who don’t know us think that we are angry – or mad men – but those who love us regard us as men of passion.

I was also told that my perfectionist streak is due to my having worked with Roy.

At Bernard’s outfit I also met and befriended Tan Swee Leong and Mike Ellery. The last time I met Swee Leong was in the Orchard office of PWC, about ten years ago. I’ve lost track of him since. Mike now lives in Chiangmai. I spoke with Roy several years ago when he phoned me asking me to help his son find a job but I have since lost touch with him.

My copywriting career with DNC was cut short when Mr Olympics felt I was better off as an account executive and promoted me to that role.

I enjoyed that job tremendously but soon learned that people – both colleagues and clients – could be so political, so mean and so nasty.

It just about robbed me of all my innocence.

It was after all a “bitchy” business.

The ass kisser who would spend at least 15 minutes with the boss each day and wormed himself into heart, becoming the person who could do no wrong; the bitch who refused to acknowledge any work done if not submitted with a job order, the account executive who wrote me nasty memos to make herself look good, the colleagues who needed favors done and never acknowledged my contribution in any way or form, in kind or in cash, I met them all in this cut throat world of advertising and PR. It was a bullshit business all right and till today I am shocked that people in it consider it a “profession” and an industry.

By the time I became a significant part of the world of psychology and consulting, I was – I like to think – a little smarter and wiser. The last company I worked with paid me a sign-on bonus of a quarter-million dollars – I must be worth something, to be paid that kind of money just to join a company.

In that world I met some extraordinary people too – James B Irwin for one – and I “grew up” fast, honed my skills, gained mastery and rose to greater heights.

I could look back with bitterness but no, instead, I am thankful that George, Bernard, Roy, Jim Irwin, were all part of a baptism of fire to prepare me for more exciting days ahead.