My Life in Ten Posts: Young, Hot and Bothered (Part 4) 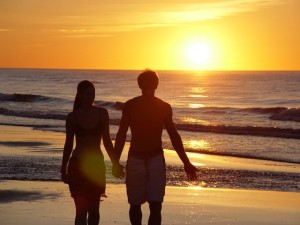 I had always been awkward with girls.

The more adventurous and “wilder” boys would regale us with tall tales about their romantic conquests.

And if anyone boasted that he actually had sex with a girl, in our narrow childish world, he would instantly be elevated to the status of “hero” and had the grounds he walked on kissed by us his worshippers.

When I was about six or seven, I remembered trying to persuade my cousin Mary to undress for me. She said no and that was about the extent of my experience with girls.

Until I met Tan Kim Hong.

I met Kim Hong at a youth organization I found myself active in when I was in my teens.

Kim Hong was from Christmas Island. She was at least five years older than me, but every move she made and every facial expression she had would send me to states of inexplicable bliss. Boy, was I in love. It was definitely a serious case of infatuation because Kim Hong did absolutely nothing to urge me on. Kim Hong was just there being Kim Hong. But for weeks I couldn’t sleep, I couldn’t do anything and food tasted like sawdust.

Then KP was introduced to me when I was invited to a party at her house in Serangoon Gardens. I had just finished Sec 4 and it was a confusing time for me because I was consumed with worries about my forthcoming O level results that would determine the rest of my future, or so I thought at that point in time.

KP was an Ah Lian of the worst kind. But she taught me how to kiss. Nevermind the fact that my first kiss was with an Ah Lian whose mouth still had peanut from the sauce that accompanied the satay we had just stuffed our faces with. You can imagine how romantic that was.

But at that age, kissing a girl was to me, like being on the moon, not that I knew what it was like to be on the moon.

KP was wise beyond her years, and mine too. One night she took me to MacRitchie Reservoir, the make out place of my era and I was shocked by her familiarity with the place. It was pitch dark, there were couples kissing, necking and making out just about everywhere and there I was, a gawky teenager being led by the hand by an Ah Lian – those days that term “cougar” and the accompanying meaning that it carries today wasn’t invented yet – who would whisper to me directions like “Careful, there’s a little stone coming up along the next path, watch it, there’s usually a puddle of water on the right,” etc. Honestly all that caused me to lose any appetite I had for KP.

Clearly KP wanted more, but I didn’t know what to do. I still remember with no small measure of humiliation, the countless times when she told me that I was an inept lover and lacked the necessary skills. “You don’t have kung fu lah,” she would insult me in my face.

An inept lover? Goodness, I was all but 16 when I met KP! Nothing happened beyond the two of us just getting hot and bothered – KP getting very very hot and me getting very very bothered. So bothered each time KP cornered me into a situation where she started unbuttoning my shirt I fled. I ran for dear life.

I know it is anticlimactic (pun intended) but nothing happened with KP, only the buildup of hormonal tension without any release resulting in me feeling sore and ready to explode – or implode, rather – after most encounters.

At that time one thing intriguing about KP was that each time I visited her, I noticed one of her sisters changing before my very eyes, and I only knew much later that KP’s sister was Singapore’s first female-to-male sex-change patient. Over time the transformation was complete and from henceforth Helene became known as Alain.

I got over KP because I was then besotted with a daughter of one of my aunts – yes, a cousin also several years older than me. (No, I’m not into older women.)

Somehow we got along, and we went everywhere. Weekends were spent visiting Changi Village, Sembawang, Sentosa, etc. There weren’t any necking and fooling around – just one kiss (one of the sweetest in my life) in the cable car, high above the hustle and bustle of the city below. It was a surreal moment. LC at that time was actually taking a break from B whom she eventually married – and subsequently divorced years later.

When she told me that she was getting married, I was devastated. I know this may sound unbelievable but she and her newly-minted husband invited me to their honeymoon and – don’t ask me why – but I tagged along.

Now, that’s something I’d advise anyone never to do.

But as they say, hindsight is twenty twenty.

A funny thing happened after the honeymoon when we left Fraser’s Hill (the honeymoon destination) for Kuala Lumpur and went to a photo studio to hand in the film from the camera for processing – only then did we realize that neither LC nor B had loaded the camera with film!

Thankfully they didn’t blame me for clearly I had nothing to do with it; the oversight was not my fault – it was their camera – but they had a big fight right there in a store with large posters advertising about Kodak moments. As I write this I can almost hear the lyrics from that old Kodak ad: “these are the moments…don’t let them pass you by…Kodak moments…”

I remember comforting LC and B by telling them that the best photos would be the pictures in their memory. Ah I might have been young, but I always had the gift of the gab.

Not sure if they believe me, but the pictures in my mind then of LC and B in their honeymoon suite drove me to near lunacy. I tore my hair out with jealousy and envy.

I never quite got over LC.  Was I not good enough for her? I had to impress her. Shortly after I went to Genting with friends but instead told her I was in Paris holding an art exhibition.

In her magnanimity she played along and pretended that those pictures I showed her of me in Genting was me walking, brooding over her as I sauntered along le rues de Paris.

The pain of losing LC was replaced with the joy of knowing Ivy.

She was tall, smart, sensible, pretty and genuinely caring. Above all, she was feminine and elegant. This gal was all class. We would spend hours talking on the phone, and over time I also got to know her sisters, all of whom married well – including Ivy herself, unfortunately for me.

Indeed my relationship with Ivy was strictly platonic. We didn’t even hold hands!

Ivy and I are still platonic friends today and when people hear that we’ve known each other since we were teenagers, the question they would inevitably ask would be “Why didn’t you two get married?”

There were probably a thousand and one reasons for that but I suppose the fact of the matter was that when she met CT to whom she is still happily married, he was already a high flyer and going places – quite literally – while I was just a young man still figuring my way around.

Ivy and CT lived all over the world – she cooked laksa for me when I visited them in London – and eventually returned to terra firma. Today he is happily retired, and she volunteers at one of our museums. Their two sons are strapping young men now.

Did I have any feelings for her?

I still do, as a matter of fact.

It was difficult for me not to have what I desire.

At her wedding I stayed away and wept.

I checked into a hotel, sat in bed and let the tears rolled down my cheeks.

I hated myself for being too casual about the friendship and not making any attempt to express my true feelings.

Many girls have crossed my path since then, but still, Ivy will forever occupy a very special place in my heart.

If you’re reading this, Ivy, remember I love you.

I always have, and I always will.

When I read of old people re-uniting after many years apart and then finally getting married, I always wonder if that possibility will be a reality for me and Ivy.

But I don’t think so.

CT has told me that he intends to outlive me.

In the meantime God too has provided me with a life partner – Yin, the best wife any man could have, one I clearly do not deserve –  and a wonderful mother of my children.

Yin believes that “nothing” happened between all those women and me in the years before I met her was due to the fact that God was preserving us for each other.

There’s a bit of naïveté there but then, it’s hard to disagree with Yin.