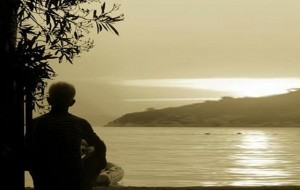 Death is a natural part of life.

It was around 10 o’clock at night when we heard noises.

My parents wanted to take a look but I beat them to it.

I opened the door of our 9th-floor apartment and looked down.

What I saw gave me nightmares for the next one year.

I must have been eight or nine then.

A woman had jumped.

Today it may be SMRT, Bedok Reservoir or Marina Bay Sands but those days jumping off HDB flats was in vogue.

Mother and father did the usual things when a child was in shock.

Father rushed to the Chinese medicine shop and came back with pearl powder.

Mixed with water and drank it was supposed to dispel fear.

Well, it didn’t do shit for me.

Then at the advice of my grandparents my parents consulted temple mediums.

I’ve lost count of the number of ridiculous-looking talisman – known as “hu” in Hokkien – I had to wear or that horrible drink I had to sip.

Yes – temple mediums used to prescribe the burning of a talisman, after which water was to be poured onto the ashes then the water was fed to me.

Again, did bollocks for me.

If time is a healer, it certainly was for my nightmares.

Soon, images of the long hair woman with the bloody face and twisted, broken body no longer appeared in my dreams.

Instead they were replaced by a huge Buddha-like face with rows of gold teeth – this face replaced that body and my nightmares resumed.

I had no idea what caused the switch.

My young brain must have gone through a reset or a software upgrade.

But I was a pussy as a child.

I lived in fear.

In cinemas I would freak out at those large faces on the screen and in the middle of movies, had to be carried out of the cinema hollering and kicking.

My parents finally resorted to praying to the Goddess of the Bed. Yup, believe you me there is such an entity.

Prayers would mean laying cooked dishes like chicken, fish, noodles, chapchye, etc on my bed to appease the Goddess.

After prayers, the whole family would stuff themselves with the food.

To be honest, the best part of those prayers was the food.

I still eat in bed occasionally nowadays – mainly nibbling on chocolates and potato chips while I read  – but it has nothing to do with any spiritual entity!

I was also made godson of one of the “gods” – the red face Kuan Ti (based on a Han dynasty general) known for killing evil demons, something of a Chinese ghost buster –  a “relationship” I denounced when I became a Christian.

The second time I saw death was when a man jumped from the opposite block.

Slippers he placed on the fifth floor indicated that he jumped from that floor.

The “modus operandi” those days was to leave your slippers on the spot you would jump from.

Those days there was no Facebook to broadcast your intention before the dastardly act.

Anyway this time, when I looked at the body of the man lying on the grass patch beneath the opposite block I felt no fear.

So maybe those mediums and their mumbo jumbo worked after all eh?

Or perhaps it was the Goddess of the Bed working behind the scene?

Or perhaps my godfather General Kuan Ti had been busy exorcising evil demons from my mind?

Nah, it was probably because there was no blood and no twisted body – the dead man just looked like some guy sleeping on the grass.

Maybe if he had jumped from a higher floor it would have been ugly, but apart from the pallor of his complexion, for all intents and purposes, he looked just like some guy enjoying an afternoon siesta.

Block One, Kampong Kayu Road where we stayed at that time, offered a good vintage point for us to get acquainted with death in more ways than one.

We would know – it was always the sound, it was always a screech of burning tires, and a loud bang followed by screams and when we rushed out to look there it would all be spread out in front of us like a full color 3-D movie, complete with blood, broken bones, crushed cars, and sometimes, it was the other way round: broken cars and crushed bones.

At the back of our house was a bridge under which flowed a canal.

There were a couple of drowning cases.

Those days people had more idle time and no Internet.

So a drowning would attract huge crowds that would stay all day – from the moment the drowning occurred till the undertaker’s truck arrive to haul the body away.

Then there were those funeral processions.

One afternoon, I decided to replicate the construction of one of those hearses in my room.

Locked my door, rigged up some stools and a huge blanket and “created” a “coffin” in a “hearse” then invited my mother to view my handiwork.

I was about ten or eleven.

When I led my mother by the hand into my room to look at my creation, poor mother nearly fainted.

She screamed and fled the room.

Damien Hirst, eat your heart out.

I am the original creator of grotesque art.