City of the Dead

I have been a regular visitor to the Philippines for over 30 years now but some things Filipino continue to fascinate me, among them the balut, and the Chinese cemetery.

The Manila Chinese Cemetery was designated as the resting place for the Chinese people in the Philippines who were denied burial in Catholic cemeteries during the Spanish colonial period. I checked it out again on August 25. 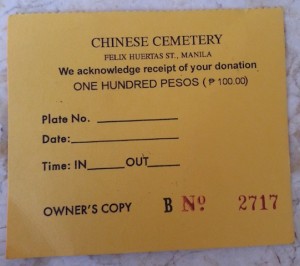 One can’t be blamed for thinking that this is an exclusive residential estate.

It is not; it is a typical street in the Manila Chinese Cemetery. 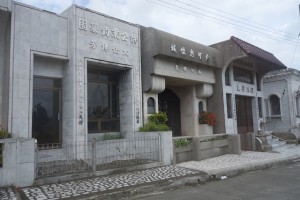 The picture above shows a row of “terrace houses.” Each unit is a tomb for one person. Sometimes it houses two persons – husband and wife. 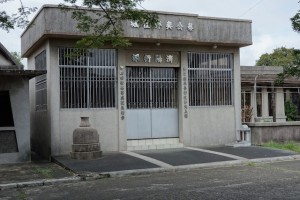 Here’s the entrance to a three-storey tomb: 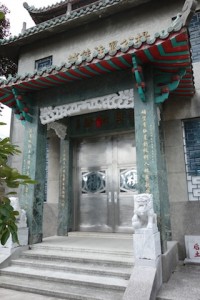 This three-storey edifice is to commemorate this guy: 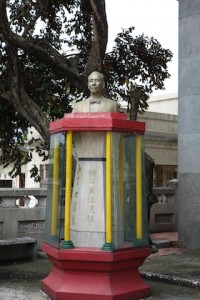 When I visited the place, the thought in my mind was that children should honor their parents while they are alive, not build obscene structures like this to assuage their own guilt after their parents are dead.