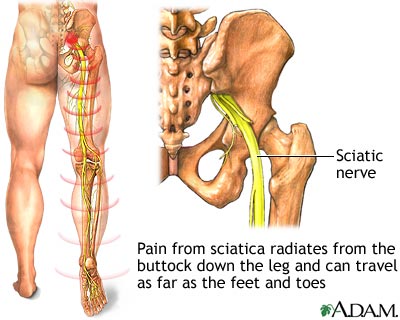 The pain in my ass was worse than Sciatica.

I had a difficult week in Bangkok.

Had to cope with Sciatica or pain caused by a slipped disc compressing the sciatic nerve.

Yup, another case of slipped disc.

Unlike 2009, this time, the pain was around the hip, in the right buttock, down the back of my right thigh and into the right calf.

I could hardly walk.

Despite the excruciating pain, I conducted two two-day seminars.

That’s four days of standing up.

Honestly that pain, though severe and agonizing was nothing compared to those Thais in the seminars who were a major pain in my ass.

Participants at the first seminar were rather non-responsive. On the first morning, as I was standing in the hotel function room waiting for them to come in, none of the participants made eye contact with me or greeted me. I mean, I was right there as they sauntered in half an hour late, yet they behaved as if I was transparent.

Yes language was a major issue but I was told “English no problem.”

I seriously doubt it.

I don’t mind if some of the retards in my seminars had low EQ or lacked interpersonal skills.  However, I really hate it when I was told that they understand English yet they won’t even answer simple questions.

Well maybe they were shy?

They’re weren’t shy stuffing their faces during tea-breaks and at lunch!

The Thais at the second seminar were more responsive and participative.

However there was one idiot who would turn to the person next to him and smirk at some of the things I said. Bastard smirked for two days. If he had issues with what I said he should have the testicles to direct his concerns at me instead of making fuck faces.

And there was a non-Thai in the class who kept asking questions in a provocative manner, challenging me, as if spoiling for a fight.

In both seminars, participants frequently used their cell phones and laptops and left the seminars for extended phone conversations despite my telling them right from the beginning not to use their phones or laptops.

And these are the type of assholes who will give you shit in the feedback form. There was one motherfucker who would bolt each time there was a role-play yet in the feedback form he had the gall to write, “The trainer should have conducted role plays so that we could practice what he taught.”

Some of the others who had no idea what in the world was going on would write in the form crap like “The trainer should ask the class more questions so that the training would be more interactive, etc.”

Jesus, when I asked questions you clueless fuckwits stared at me blankly with your mouths open like I was the one who was retarded and now I get blamed for your lack of brains?

I was irritable all week.

Anyway I don’t believe the Thais behaved that way because I am not a good speaker.

At the risk of sounding like a braggart, I am a very highly rated public speaker, usually receiving the highest rating of all speakers.

While I was working for this globally integrated corporation from which I resigned a year ago after ten years of service, I was known to be the only employee who has achieved a satisfaction index of 98.2%, a feat never attained before by anyone else in the company globally, a “record” that remains unbroken till today. (The rating is based on participant feedback.)