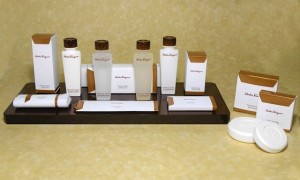 Have you heard of friends traveling together and returning as enemies?

It’s the same reason why good friends think that they could be good business partners too.

Interacting socially is quite different from spending extended time with another person.

In my younger days when I traveled I frequently shared rooms with friends.

We were in our late teens or early 20’s, we wanted to see the world, we had little money, so a few guys bunking in one hotel room or staying in a friends’ house, was de rigueur.

And that was when friends can become enemies.

We all have our habits and idiosyncrasies and as I become older, I find it harder to tolerate other people’s peculiarities.  I’m sure others find me intolerable too.

Thinking back, I remember how some traveling companions have caused me some memorable episodes of intolerable pain:

There was one person who would wet the entire toilet – mirror, wall, floor – each time he used it.

Another would, upon checking in, take a huge dump, flush the toilet at least five times continuously to check if it’s working and in the process usually damage it there and then. Worse, he’ll leave the toilet door open and perfume the entire room with the “aroma.”

Yet another person would use at least half a toilet roll each time he did his business.

One traveling companion would steal hotel towels and bath robes. The first thing he did when he walked into a hotel room would be to take a couple of towels and the bath robes and stuff them into his luggage.

Another would leave evidence all stuck onto the toilet bowl each time he used it. Maybe his asshole couldn’t align with the toilet seat or he sat slanting or something.

I usually like to wake up early in the morning and take my time getting ready for the day. I like to do that in silence. Some traveling companions hate it when my being awake rouses them from their sleep. Some suffer from verbal diarrhea the moment they wake up and talk non stop.

Never take along a friend when you are on a business trip. You wake up, your mind is focused on work and mentally you are tuned to work, you could even be rehearsing that speech in your mind or you are under a bit of stress over having to face a classroom of MBA students whom you’ve never met and to whom you’ll have to lecture on a complex subject for the next five days. Under these circumstances, never agree to have a friend come along with you. That friend, trust you, will drive you nuts. At the end of the day, you are drained and tired and want some quiet time and solitude, but you are by then mentally pressured and feel obligated to “entertain” your friend. You can’t wait to order room service, settle down to a good book and have an early night but your friend is ready to paint the town red. Know what I mean? Under those circumstances someone in your face easily becomes a pain in your butt.

The worst traveling buddy so far would be the person who, upon entering a hotel room, strip it bear of all the things inside that could be taken away without being legally accused of pilferage and theft. The “Do not disturb” sign is the first to go, and you can forget making yourself a cup of tea because teabags will go too, followed by shower caps, nail files, tiny bottles of shampoo, disposable slippers, even the Gideon Bible, laundry bags, you name it, this person will want to take it. If he has a luggage big enough, I’m sure he’ll try to take the TV too or the paintings on the walls.

Step into any hotel room with this person and you will immediately notice that there is no soap, no shampoo, no body lotion, no toothbrushes, no cotton buds, no disposable razors and no shower cap in the bathroom.  Nada, zilch, zero.  Because you only just checked into the room, there is no way that you already took a shower, forgot that you did so, and used up all those toiletries.  No, the answer to the disappearing amenities in the room is that they are already in this person’s bag. This condition afflicts both male and female. Yes, the amenity slut strikes! Cheap Charlie has checked in!

Petty thievery or just plain greed or a sense of entitlement or just being cheapskate?

Till today, I am deeply disturbed by such behavior.

Don’t get me wrong. I’m not fighting to grab those crap for myself. I just think such behavior is rather unbecoming of civilized people and is a poor reflection of their character or it could even be symptomatic of deeper issues embedded in the person’s psyche.

The last time this happened, I vowed never to travel with such a person again.