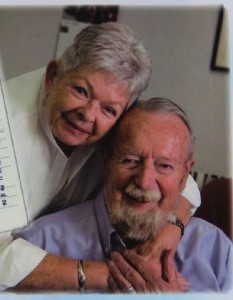 Cornell & Diehl’s Craig Tarler, a giant in the realm of pipedom went to the Happy Smoking Ground on September 4, 2012, aged 82.

Craig was a 1952 graduate of the University of Pennsylvania where he earned a bachelor’s degree in English. Following his graduation from college, he was commissioned as a first lieutenant in the US Army, serving from 1952 to 1958. His primary duty station was Hokkaido, Japan.

After completing his military service, Craig worked in public relations for several major corporations in New York City, where he earned a reputation for honesty, hard work, and fairness.

In 1990, he purchased a small pipe tobacco manufacturing company, Amar Blends, and through innovative marketing techniques and sheer force of will transformed it into Cornell & Diehl, Inc, one of the premier manufacturers and distributors of hand-blended pipe tobacco in the world.

A SAD DAY AT CORNELL & DIEHL

It is with extreme sadness and near inconsolable sorrow we announce the passing of Cornell & Diehl’s founder, Craig Tarler. Craig passed on to the next adventure Tuesday evening, September 4, 2012, surrounded by his greatest joy in life, his family.

For the past twenty three years Craig and his partner and love of his life Patty devoted themselves to their family and his great passion, pipe tobacco and pipe smokers. Craig found pipe smokers to be among the most interesting of the people he met during his rich and full life and years of traveling the world. His genuine love of people and friendly, outgoing and larger than life personality was evident to all who came in contact with him, whether by phone or in person. On many occasions visitors would come by to visit at Cornell & Diehl and all had the same reaction, that they felt they already knew Craig and Patty from getting to know them on the phone and felt they were visiting with an old friend on their first face to face meeting.

While Craig will certainly be missed by all whose lives he touched he wouldn’t want us to be saddened by his leaving. He viewed life as a wonderful adventure, meant to be savored and experienced to the fullest and shared with others. Selfishness was a foreign concept to Craig; he gave fully and freely of himself to all he came in contact with and would wish to be remembered with a smile and a heart full of good will for others. Though our world here on earth is a bit darker, we should all be heartened by the knowledge Heaven is a bit brighter, lit by Craig’s roguish, joyful smile and his booming voice announcing his arrival with the words, “Oh, what fun!”

The Tarler Family asks that in lieu of flowers donations be made to favorite charities to carry on Craig’s love and concern for those less fortunate.