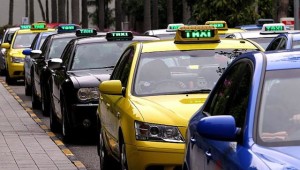 I’m not one of those lucky bastards who get paid a mint for salary only to make ridiculous proclamations like heavy floods only occur once in 50 years.

Grandiloquence does not translate to facts.

So this is not intended to be an integrated solution of any kind, rather, it is just me thinking aloud more than anything else.

I am appalled by the recent uncovering of an underground, illegal operation whereby passengers willing to pay more are guaranteed a taxi. This only adds to the taxi problem we already have. Many visitors to our Singapore tell me what a great country this is except for the taxi situation. My own experience with many other cities – New York, Seoul, Hong Kong, Jakarta, London, Bangalore, New Delhi, Mumbai, Manila, Bangkok, Sydney – is that taxis are readily available any time of the day or night. No hassles.

This is not the case in Singapore. It shouldn’t be. In fact the Land Transport Authority has declared that the practice of paying a premium on top of the metered fare is illegal.

But the vice-chair of the Government Parliamentary Committee for Transport, Seng Han Thong said “This is the reality on the ground where some passengers prefer a personalized service…It’s a happy buyer, happy seller situation.” This is the same clown who once opened his mouth on TV without first engaging his brain and said, “some…staff, because they are Malays, they are Indians, they can’t converse in English well enough” and was – rightly, I must say – accused of racism.

National Taxi Association president Wee Boon Kim weighed in and said such “networks” were a response to market demand. Apparently he’s no bright spark either.

Associate Professor Lee Der Horng, transport researcher at the National University of Singapore, said he was “puzzled” that the authorities considered such transactions illegal. “After all, it’s agreed upon between the driver and the passenger. And it is the passenger who is initiating this transaction.”

Well, what have these jokers been smoking? Well, ok, so Prof Lee hails from Taiwan, plus he’s an engineer and Taiwanese and engineers are not the most eloquent of people insofar as my own personal experiences with the Taiwanese and with engineers are concerned.

These three idiots remind me of the concept of ineptocracy, a system of government where the least capable to lead are elected by the least capable of producing, and where the members of society least likely to sustain themselves or succeed, are rewarded with goods and services paid for by the confiscated wealth of a diminishing number of producers.

But seriously, off the top of my head, here’s my view of what the problems are:

Problem number one: The defeatist attitude of people like Seng, Wee, Lee and their ilk who only know how to shoot their mouths off and not provide solutions.

The remarks of Seng, Wee and Lee will only condone this practice. They seem to think that this “solution” is ok. Fine, how far do we take this argument? How about suck a few dicks to get a few contracts? Happy buyer, happy seller situation isn’t it? Want your favorite member of parliament to be your puppet pushing your private agenda? Bribe him with cash and in kind. Happy buyer, happy seller situation isn’t it? Want your child to go to your preferred school? Donate money or go pluck the weeds off the school garden or go paint the school walls or scrub the school toilets – already a practice in existence, isn’t it? Happy buyer, happy seller right? Pig brains all. Don’t they see that these are symptoms indicative of major problems existing right before their eyes, right under their very noses? No one should have to do shit like that to ensure that their kids get to the school of their choice. But perhaps that’s another topic for another blog post later.

Problem number two: Taxi fares are way too affordable. Raise the fare, I say. Taxis provide a private and personalized door-to-door, point-to-point service, so price it up. I know some passengers are already saying that our taxi fares are expensive. Well, to be honest, they are not expensive enough. At the current rates, every mother’s son – and daughter –  is taking taxis. Price it up and make it out of reach so those who really can afford will not have a problem getting cabs. I know many will say that the comparison is not fair if I say that taxis in other countries cost a lot more. Well, maybe it’s not. But aren’t taxi fares way too cheap when teenagers are taking taxis? Indeed, school kids are using taxis to go to school, and to go home from school. I see primary school kids hailing taxis on the road. I see hawkers using taxis to transport food. I have actually seen with my own eyes delivery staff of McDonald’s using taxis to do delivery! Something’s not right here. So increase the fare, number of passengers will reduce, number of taxi drivers will reduce, trust me, things will work themselves out in the end.

Problem number three: Buses and SMRT suck. If the raison d’être of SMRT is to become Singapore’s biggest landlord, something’s really warped here. Increase the frequency and number of buses and SMRT trains, enlarge the coverage, reach into every nook and cranny of Singapore. Make it meaningless and unnecessary for people to even want to think about using taxis. Meantime to ease the congestion, companies should introduce flexi-work hours and for certain jobs, allow people to work from home.

Problem number four: Like I said, these are just my random thoughts (thinking aloud) and not some hifalutin McKinsey-style integrated approach to the taxi conundrum but I suspect too many holders of taxi driver licenses are not driving or not driving enough. There are about 30,000 taxis here but I am very sure not all are being fully utilized. Anecdotal evidence I gathered informally tells me that many taxi drivers have no relief drivers, meaning taxis are not utilized to the max. A taxi driver makes enough to cover his rental and diesel and then some, and he’s happy, so he goes home and do fuck all. Or he hangs around chitchatting with other drivers at kopitiams or go to the race tracks. You see, they are not hungry enough. Also, other than peak hours, quite a number of taxi drivers use taxis like they are their own cars, for their own sidelines, etc. Make it mandatory for each taxi to be on the road a minimum number of hours per day and per night and if taxi drivers have no real wish to drive, revoke their licenses and take them off the roads. Similarly for those who wait outside night spots and force passengers to pay exorbitant rates, revoke their licenses and rotan those bastards. The authorities must step up the monitoring and enforcement.

Problem number five: We spoil our taxi drivers. We have mollycoddled taxi drivers for way too long – laws have been enacted to make sure these lazy bones are happy, that they can be gently persuaded to go to places like airports, etc by forcing customers like us to pay surcharges on top of the metered fares. Our government with all those brilliant scholars bringing home millions of taxpayers’ money for dreaming up harebrained schemes (like the COE – a system that has completely failed as far as I am concerned) and excuses (“integrated resorts” instead of “casinos” and “ponding” instead of “flooding”) have forced passengers like us to pay booking fees, peakhour surcharges and pre-holiday surcharges, then public holiday surcharges, midnight charges and all kinds of frigging extras just to make sure taxi drivers are a satisfied and contented lot, never mind the bad attitude, the Fernando Alonso-style driving, the rudeness and the unprofessional behavior we passengers have to put up with. Does the government realize that each time we get into a cab, we are putting our lives at risk?

I can’t think of any other vocation in this country that has been singled out to receive so much special treatment and consideration from our lawmakers. (Despite that, nearly every taxi driver I’ve met seemed to hate the government with every fiber in his body and would gladly contribute towards the violent overthrow of the government if he can get away with it.) Solution? Remove all surcharges, and I mean ALL surcharges. Well, maybe for those lazy ass retards who only want to take calls, band them into a separate group of drivers who can only drive if they have a booking. No booking, not allowed to cruise the roads for passengers. You drop a passenger off, you drive back to the call center and wait for the next booking to come in.

Problem number six: Time for changing shift happens at the same time for all taxis and the handling/taking-over takes way too much time and eats into the peak hour when taxis are most needed. Solution? Stagger shift-changing times and have a few fixed locations in the city for taxi drivers to do handling/taking over instead of near where they live which is usually away from locations where taxis are needed most.