The Passing of a Forgotten Man 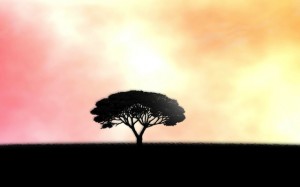 He passed on at a ripe old age – well into his 80’s, 86 to be exact – but the send-off was rather muted. Only a handful of people showed up.

Maybe I’m idealistic. But to me, a grand old man leaving behind a successful, happy and closely-knit brood constitutes a beautiful picture. It’s what legacy is all about.

For him, however, the picture was a sad one. For a man who was a “big timer” during his prime, a luminary in the business world – a huge landed property, canned abalone by the cartons, baskets of durians, gigantic porcelain jars of century eggs, crates and crates of the best Mandarin oranges, a fleet of Mercedes, (he didn’t do anything on a small scale) – the end was almost ignominious.

His three daughters seem to turn out all right – mediocre perhaps, but all right – however, his four sons must have caused the old man inconsolable grief.

Decades ago, two had to run away from Singapore and literally hide in neighboring countries to escape creditors.

One-time entrepreneurs with big dreams, they themselves are now old men – one ekes out a living as a deliveryman in Johor, the other a bus driver being paid a pittance for his labor, a waste of his potential.

Nothing wrong with earning an honest living but the grand old patriarch’s heart must have been broken by the shattered dreams of his sons.

The other two turned out to be disappointments too. On a scale of one to ten, I would rate them a two.

Out of the four sons, to the best of my knowledge, I know of at least two with marital woes or failed relationships.

As parents our wish is for our kids to turn out fine, not failures and losers, or worse, married to losers. It’s not about being well off or successful in the conventional sense of the word; it’s more than just that. It’s also more than just having children that are polite and well-mannered. It’s about having offsprings that are happy. It’s about our flesh and blood being able to find contentment and fulfillment in the pursuit of their dreams, and about them being able to bring honor to the family. I like to picture myself in my sunset years as an elderly – but healthy – man surrounded by my children, their spouses, and my grandchildren. This was denied the old man.

Having retired from the business world for so many years, the old man’s own friends and business associates have long forgotten about him; many have also passed away themselves.

As for relatives, few knew of his passing.

I myself only heard about it much later.

My heart was heavy when I received the news.

The old man seemed to know that his time was up.

I was told that a few days before he passed on, he requested to be taken to his own parents’ niches. There, he asked his parents to take him home.

He died soon after.

Your pain is no more. Rest in peace now.

This post, my 1000th on this site, is dedicated to you, a forgotten man.