When Those Who Ought to Know Better Suffers from Verbal Diarrhea 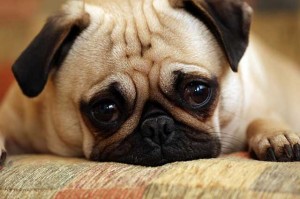 In 1939 Solomon Popoll Linda, an unknown South African Zulu musician recorded a song about a lion. In 1961 the song soared to number one on the charts. The title of the song is The Lion Sleeps Tonight.

The song became popular again in the 1990’s as it was featured in Disney’s The Lion King. The lyrics tell us “in the jungle, the mighty jungle the lion sleeps tonight.” Well in the mighty Internet jungle there are lions too, and they are anything but sleepy.

What you say and do online – or offline – stay forever.

There’s a Chinese saying “Even eight horses can’t pull back a word that has been misspoken.”

Solomon Ibn Gabirol once said “As long as a word remains unspoken, you are its master; once you utter it, you are its slave.”

It is therefore important to engage brain before opening mouth.

This is an advice everyone should heed. This applies to older people too. One would have thought that more mature people, those who are widely traveled and have held regional jobs should have known better.

Don’t bet on it. There is a doofus among us who is famous for unleashing disaster the moment he opens his mouth – he asks strangers the price of their houses, he talks about sex when a visitor asks for spa recommendations, be brags about himself and he doesn’t know how to politely decline invitations to social events where only A-Listers are honored with an invitation and he has no frigging idea how to pen a note of thanks. Obviously some parts of his brain, perhaps the amygdala,  is not sufficiently developed. It’s tough for the rest of us when we have someone in our group who’s a lose canon always lobbing verbal grenades that the rest of us are always scrambling to defuse.

Friends may tolerate your incoherent and illogical mutterings but the lions – and other monsters – out there will maul slimeballs like you to death.

Charles Ginenthal is a brilliant man who writes about scientific topics the rest of us can hardly comprehend, and his breadth of knowledge and depth of insight are staggering. Yet when he attempted to interject his views into discussion on the Internet, netizens “chewed me up, and spat me out” he said.

So be careful what you say!

And having said it, stop denying it!

Henry Tang when he was campaigning for Hong Kong’s chief exec’s post recently hemmed and hawed and beat around the bush when asked about the illegal basement he constructed in his home.

Dissatisfied, the Hong Kong press hired cranes to peep into his house: 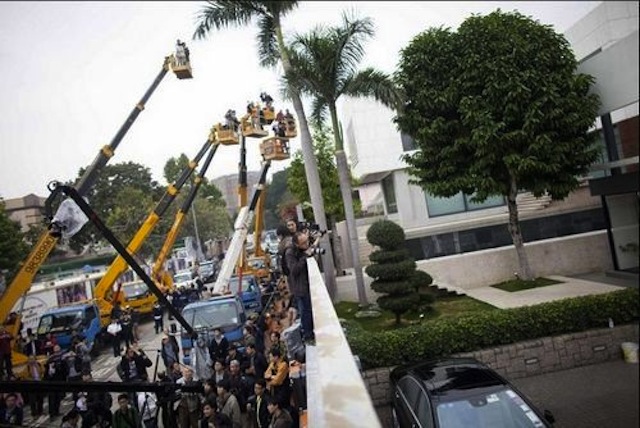 That’s the kind of scrutiny you may be subject to if you open your mouth and say the wrong things and then deny ever saying it. Tang eventually garnered only a miserly 285 votes and disappeared into politically obscurity.

And let’s not forget Gerald Ratner who said the wrong thing once and saw the value of the Ratners’ group plummeted by around £500 million. Such gaffes are now sometimes called “Doing a Ratner.”

And of course we all know that Mitt Romney’s supporters almost died when he said 47% of Americans depend on government aid and believed they are entitled to health care, to food, to housing, to you-name-it and his job is not to worry about those people.

Then of course, there’s the brain-damaged Amy Cheong who was sacked literally overnight for spouting crap.

Sigh, what to do, it takes all kinds. One can only expect dyssynchronies.