A Scholar Gets Raunchy 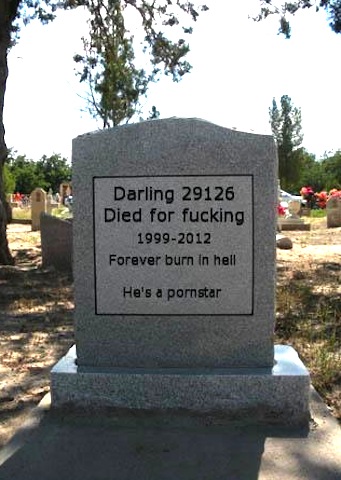 How are scholarships awarded?

Annabel Chong went to study law at King’s College, London under a scholarship, and in 1995, at the age of 22, became famous by engaging in 251 sex acts with about 70 men over a ten-hour period, with the resulting footage being promoted as The World’s Biggest Gang Bang.

In 2009 a scholar treated open-air diners in Holland Village to a 15-minute naked parade.

The girl, Singaporean Eng Kai Er, was a A*Star scholar studying at a Swedish university; her ang moh boyfriend Jan Philip, who walked completely buck naked with her that night, was a Swedish student on exchange here.

Former Ministry of Education scholar Jonathan Wong Wai Kheong was sentenced to five years’ jail after he was found guilty on five counts to have had sex and indecent acts with a minor. He was previously charged with 10 counts of such sexual offences.

It’s a matter of degrees.

Clearly academic prowess has little to do with what civilized human beings deem right or wrong. Don’t these idiots know what’s outside the boundaries of normalcy?

Now we have attention-craving, fame-seeking Alvin Tan Jye Yee, ASEAN scholar and NUS law undergraduate from Malaysia, a parasite supported by our tax money. He is what Hokkiens would refer to as one of those who “chia liow bee.”

The douche bag came to Singapore to study on a ASEAN scholarship in Xinmin Secondary School before moving on to Raffles Junior College and the National University of Singapore with his tuition fees and living expenses all paid for by Singapore taxpayers. It is reported that he is now on a leave of absence from the uni because he wanted to do business in Malaysia

Videos and photos of Tan and his hideously grotesque-looking girlfriend Vivian Lee are now all over the Net. They first appeared in his blog.

If you film and photograph yourself having sex, then post the videos and pictures online, is that ok?

Lots of people seem to think it’s ok. Instead of turning away with revulsion, some actually approve of such behavior. Is this the new normal? Why don’t these retards also post online videos and photos of themselves – or their sons and daughters – banging their sex partners? Surely they must know that pubic hair can’t make up for poor judgment.

Call me a prude, but the future of our country is in peril when we allow the court of public opinion to blur even more an already out-of-focus line between right and wrong.

If you fornicate with a goat in the privacy of your own toilet and that “floats your boat” – well, different folks different strokes – that’s none of anybody’s bloody business really but if you post videos and photos online of you committing that dastardly act, isn’t it like stray dogs humping in public and appearing in your line of sight? Bonking in your face and yelping away! What an eyesore! How can that be ok? Have your moral compass gone haywire?

The depraved fucktard apparently appeared in another video late last week, this time defiantly defending his right to show videos and photos of him and his girlfriend having sex.

If it’s indeed a “private affair” then why post all those videos and photos online, baring your ugliness for the world to see? Have you no shame? What is your major malfunction, numbskull? Didn’t mommy and daddy show you enough attention when you were a kid?

Seriously, I don’t see how a couple copulating like wild beasts then posting videos and photos online can consider their brazen acts their “private affair.”

Sure nobody is forcing anyone to look at those videos and photos, but hello, they didn’t call this the World Wide Web for nothing, morons! It’s like shafting a dick into Vivian Lee’s mouth and say “Don’t suck, don’t suck, just ignore it.”

Of course some say those who criticize the couple are old-fashioned, too conservative, behind time, what have you; besides the couple didn’t harm anyone, and lots of people are posting such videos and pictures anyway, so what’s the big hairy deal, blah, blah, blah.

Puny organ size, an insatiable craving for attention and the word’s most revolting-looking bodies combined with superior repulsiveness is the worst combination in a human being, not to mention in a scholar, a supposedly educated person, a learned, refined person, a “siew chai” who may be a leader in business or politics one day.

“What can NUS do to me?” Tan retorted.

Tsk, tsk, this self-consumed nincompoop is such a piece of work, really.

Actually there is no need for anyone to do anything to him.

Harm has already been done; harm and repercussions that are more far reaching than Alvin Tan and Vivian Lee – or buffoons who only think with their genitals – can ever imagine.

This is one of those times in life, when one act, just one act, can impact your life forever.

Alvin Tan has already dug his own grave and wrote his own epithet.

In other words, he’s fucked.

I don’t want to speculate on their on eternal address but I’m pretty sure they will be relegated to fester and rot in their own putrefying excrement in the cesspool of depravity.

I’m sure those shameless maggots will feel very at home there.

Long may their fame last.