More than Half Willing to Leave 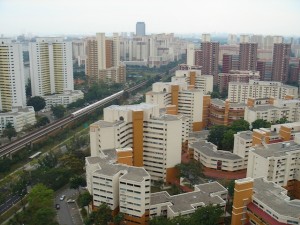 Surely they can't all be losers?

It doesn’t take an Alvin Toffler to tell us that a day will come when existing (translate: old) Singaporeans will die off while the country empties out and is occupied by foreigners. There are already 200,000 Singaporeans overseas as of June – a 27 per cent increase from 157,100 in 2003. The rest are just waiting to die and the others are figuring out how to get out of this increasingly uninhabitable country of ours.

As a matter of fact, more than half of the Singaporeans surveyed recently are willing to cabut, to pull the plug on Singapore.

The key findings of a survey conducted by Mindshare give some idea of why so many people want to leave the country:

A staggering 56 per cent of the 2,000-odd Singaporeans polled agreed or strongly agreed that, “given a choice, I would like to migrate.”

Yes, that’s more than half surveyed.

This must be the half that is like me.

I’m unlike many scheming and shrewd Singaporeans who plan every detail of their lives: for example, scour the market for a “enbloc-able” house, make a killing, buy two other houses, etc then spend the rest of their lives gloating at the stupidity of others like me.

Some people buy and sell, buy and sell, etc until they attain gentrification, or think they have attained gentrification. Then they start looking down at those living in Housing Development Board apartments. “Public housing,” they harrumphed, turning their nose up.

Public housing in Singapore is not generally considered as a sign of poverty or lower standards of living as compared to public housing in other countries. Property prices for the smallest public housing can often be higher than privately owned and developed standalone properties in other developed countries. (In Shunfu, an apartment was sold at S$1.1 million in July 2010. An executive maisonette in Bishan was sold for S$970,000/- in March 2012. In September it was reported that someone paid S$808,080/- for his executive maisonette in Tampines!)

But once people “upgraded” their heads become swollen with pride. They conveniently forget that they too were once HDB dwellers. The fact of the matter is that more than 80% of Singapore’s population lives in HDB apartments, with 95% of them owning their HDB apartments but with prevailing attitudes, it is understandable that people can’t wait to get out of these apartments. So they scheme and plot and strategize and plan. A bad case of inferiority complex?

Of course people can plan all they want but in the end do they really have full control of their destiny?

But many people look at me and wonder what has gone wrong with my life. In the eyes of many, I’m probably considered a failure, not part of the landed gentry, but while I may not be living in Sentosa Cove, and we are a happy family, I fear I’ve let my wife and children down. I hope they don’t feel deprived or inferior. I hope they know how to count their blessings – a loving husband and father who will stop at nothing to make sure they receive whatever they need to succeed, and NOT what they’re missing – a landed property with a koi pond.

To be honest, koi ponds are the least of my worries.

What I do worry about is the plight of the next generation. The population of Singapore would have fucktupled by then and things can only get tougher. I was talking to a 24-year-old friend the other day and he was lamenting about the prices of Certificates of Entitlement allowing him to buy cars, the prices of cars themselves, and how housing prices have shot up exponentially. “How am I going to make it? What future lies ahead of me?” he asked. He’s planning to one day join one of his brothers who is already in Melbourne. For the record, the latest prices for COE range from S$70,000/- to S$87,000/- and a 3-room HDB apartment on the resale market can cost up to S$400,000/-.

I too wonder how he – and my two sons, now in their teens – are going to make it in the future.

I’m probably too old myself to migrate but the temptation is always there.

Indeed it is hard to envisage spending my twilight years here. This country, with a total population density of 7,800 people per square kilometer is already now considered one of the world’s most densely populated countries. Imagine twenty years from now. You’ll probably faint in Bukit Batok because somebody farts in Pasir Ris.