Please Mind the Gap, and Why Laser Flair at Funan Sucks 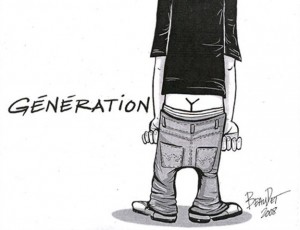 I’m referring to something else.

I’ve been invited recently to conduct a series of leadership workshops for an organization.  One recent week, I had a dozen directors and senior directors in my class, some of whom expressed concerns about the younger generation – their attitudes, their values, how they work, etc. On a positive note, they expressed admiration for the resourcefulness of their younger colleagues and the speed at which they accomplish tasks.

Interesting enough, the following week, I had a younger lot of participants, many of whom didn’t think much of their seniors. One young lady manager was rather acerbic. She griped, “I have three old men in my department, they are so long-winded, so preachy and take a long time to do work, and at the slightest excuse, they’ll talk about how great they were in the ‘good old days’.”

On October 5, an elderly friend of mine was browsing in Laser Flair, Funan Center’s only DVD store when he literally walked into a carton box, causing him to fall. A young woman working there had placed the carton box right in the middle of a narrow walkway while she stacked merchandise on the shelf. My friend told me that he normally avoids that store because he thinks they’ve got very rude staff but then it is the only such store there and he had time to kill that day.

“Well, that box almost had me killed,” he said. But instead of saying “sorry” or moving that box away, the young girl just kept quiet and stared daggers at him as if he had just committed a major misdemeanor. “If looks could killed, I would have been dead,” said my friend. “She was probably thinking why can’t this stupid old fart walk properly while I was thinking what a rude, stupid cunt, fucked your brains out or cat got your tongue?” said my friend. “I almost wanted to bitch-slap her to oblivion,” he added, understandably infuriated.

Broadly speaking, the world can be divided into three groups of people:

The Baby Boomers, born between 1946 and 1964. After the war, people made babies like they was no tomorrow. Baby boomers are often referred to by demographers as the “pig in the python” because we show up as a massive bulge in population statistics – there are so many of us! We are work-centric; we are independent, goal oriented, competitive and conservative.

The Gen X, born between 1965 and 1980. They are individualistic, technologically adept, flexible and value Work-Life Balance.

Finally there’s Gen Y, born in the mid-1980’s and later. They are tech-savvy, family-centric, achievement- and team-oriented, have liberal views about what is socially and morally acceptable or not acceptable and crave attention.

Of course, some are saying there’s also Gen Z, or the iGeneration, or the Net-geners, those who grew up during the birth and rise of the Internet, the children of Gen X. Their parents may also include the youngest Baby Boomers as well as older members of Gen Y, but I think that’s splitting hairs. I just consider this group as part of Gen Y.

In my youth, I felt that the gap between my parents and I was a big divide and I thought that being better educated I will not be affected by the generation gap when I get married and have children of my own.

If only I knew!

We may be better educated and all but the circumstances around us change so fast that the generational divide actually gets wider not closer. In my days there was no email, no SMS, no Twitter and no Facebook but today, cellphones and social media tools have the shelf life of fresh milk, leaving some of us having to play catch up and while we are catching up, we distant ourselves from those younger and faster than us, those more adept to adopting the latest technology. No I’m not blaming technology but I believe technology has contributed to the divide, not to mention the rise of an entire generation of people who are very tech-savvy but totally bereft of interpersonal and interrelational capabilities simply because for them, one-to-one human interactions are often kept to a minimum when there are so many (read: “electronic”) ways to communicate.

So how to bridge the gap? I am no expert but this is what I think:

Treat everyone as your peer.

Learn about the world of the other generations.

And Gen Y, no need for subservience or brown nosing, but do honor those who have gone before you.

Give each generation room to shine.

Baby Boomers, learn to let go. Remember this is the present, not the past.

Gen Y, tap the knowledge of the Baby Boomers and that of Gen X. There’s no need to re-invent the wheel all the time and remember, they aren’t going to be around forever, so pick their brains as much as possible. Also, be patient with them and make efforts to introduce them to your universe. 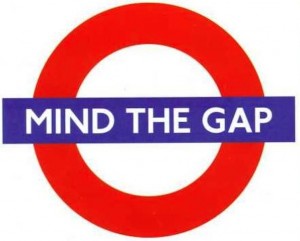