Not Disclosing Punishment is as Good as No Punishment 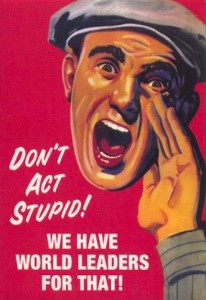 Those shameless douche bags Alvin Tan and Vivian Lee have already explicitly exposed close-ups of their horrendously ugly nether regions for the world to see in the videos and photos they posted online of themselves copulating like cum-soaked feral animals and now the National University of Singapore, where Tan is a scholarship student, has refused to disclose the nature of punishment it has decided to mete out on him, saying that “matters relating to disciplinary proceedings are confidential.”

In my humble opinion, the stupidity of NUS’ board of discipline is only exceeded by that of Tan and his girlfriend.

Divulging the terms of the punishment is part and parcel of the act of punishment itself, otherwise it diminishes its effectiveness and whatever learning points, if any, will be lost. In hushing up the details of the punishment, NUS is partner to Tan’s misdemeanor. It is sweeping dirt under the carpet. Is the punishment simply a slap on the wrist? Why the cover up?

Tan and Lee have already shoved their disgustingly deformed genitals in our face and we now want to spare them the embarrassment of the public knowing how they will be penalized? This case is not like those cases where names must be withheld to protect the young, blah, blah, blah. This is a case of a parasite living on taxpayers’ money and showing us the finger – and worse, other parts of his anatomy as well as that of his girlfriend’s – while his benefactors seem keen to protect him.

What the fuck, NUS?!

Obviously this institution of higher learning has no knowledge of the power of shame and guilt and their roles in rehabilitating recalcitrants.

I suppose that’s one reason for the behavior of some of the graduates it has produced over the years.

Probably the very same graduates who now run its board of discipline.