A Storm in a Teacup? 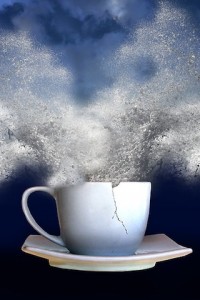 Mandarin announcements on some SMRT trains were a trial which started in October.

SMRT said that it had started the Mandarin announcements after receiving “considerable public feedback suggesting we announce station names in Mandarin to assist passengers, especially older citizens, who rely on announcements during their journey.”

It said it considered announcements in all four languages, but found that the Malay and Tamil pronunciations of many station names were similar to English.

Despite that explanation many keyboard warriors still demanded to know why this was being done now, as station names have long been announced only in English on SMRT trains. Some even asked why the Mandarin used sounded very much like the Mandarin used in China. (That would be the standard, don’t you think?) Yet others asked if SMRT would consider announcing names in Singapore’s other two official languages, Malay and Tamil.

A November 30th Facebook post by Ng Yi Sheng (“poet, playwright, journalist and gay rights activist”) said he felt the move was to “accommodate the growing number of Chinese- speaking immigrants” here and that his non-Chinese friends found it “deeply alienating.”

Soon craploads of netizens, many hiding behind pseudonyms, quickly jumped onto the bandwagon, using SMRT’s move as yet another reason to attack the government. They quickly politicized it, and ranted emotionally about how the government was once again pandering to the much-loathed immigrants from mainland China. Well, if all you have is a hammer, every problem is a nail.

Indeed, lots of vitriol online were irresponsibly designed to stir shit, to mindfuck, to provoke people into getting angry with the government, and clearly crafted in a such a manner as to rile up the gullible, the vulnerable and the impressionable, to work people up to a frenzy.

Originally the Mandarin announcements would go on until next month. But late on Friday SMRT told the press that the trial had ended earlier, on December 5th instead.

Hopefully that will put an end to the brouhaha. Don’t get me wrong; I’m no defender or apologist for the PAP government, but inflammatory language spewed indiscriminately by retarded bloggers against the very hand that fed them irked me to death. Don’t these idiots have better things to do? Or are high hit rates so important? Do they really think they are the fourth estate? As far as I’m concerned, they’ve yet to earn their stripes. Many don’t even come close to those brown-nosing, ass-kissing, boot-licking members of the “lamestream” media. Want to change the world? How about buying groceries for Typhoon Bopha victims instead?

How a person reacts to something like Mandarin announcements on SMRT trains sure reveals a lot about the person.