Played Out by a Luddite 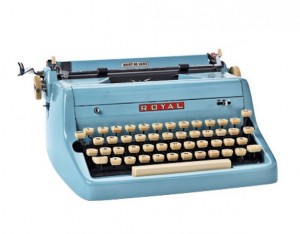 For some, this is high-tech.

The 17th IOC was held in Singapore in July 2005. That week, as I was walking along Orchard Road one morning, out of the blue, a TV crew ambushed me. Before I even realized what was going on, some young reporter pushed a phallic-shaped dildo-size microphone under my nose and asked me which countries were vying to host the next Olympics. Caught unawares I was confused and in a state of shock. Bewildered, I said “I don’t know.” That night I had my few seconds of fame. A friend phoned me and said, “Hey, I just saw you! You were in the news on TV. Some reporter used you to show that most Singaporeans don’t know anything about the Olympics.” It was embarrassing. I looked like an absolute idiot.

I suffered another embarrassing moment recently.

One Saturday morning a smart-alecky friend told me – with all the confidence of someone who knows his facts – about something. That evening while having coffee with another friend, I proudly repeated the information (if only to demonstrate that I’m a man-about-town who knows the latest happenings) only to be severely embarrassed when my coffee buddy corrected me and proved conclusively that the information I had gathered from that smart-alecky friend that morning was definitely wrong beyond a shadow of a doubt.

I have always told people to get their facts right so in addition to the embarrassment suffered, I was also rather upset with myself for not practicing what I preach.  I find that most Singaporeans are rather poor in fact checking or would inadvertently give you the wrong information. I often hear Singaporeans simply answering “I don’t know lah” when asked about things – this is to me unacceptable, at least say “I’m not sure about that but do allow me to get back to you” so when a trusted friend provided information that was erroneous, I only had myself to blame for not verifying it.

In this day and age, research is simple. In the olden days if you wanted to do any research it meant a long bus ride to the library and very often only to be told that the book you wanted has been taken out. That would mean the long bus ride home and a couple of weeks later, another long bus ride back.

Today all one has to do is to pick up one’s smart phone to check things out.

For example, not long ago, someone vehemently declared for a fact that president Tony Tan’s daughter is married to the infamous TT Durai of NKF. It was one of those “my uncle knows someone who is a body guard of Tony Tan and he knows this is a fact for sure” kind of thing. And while everyone present were asking “really ah? really ah?” all it took was a couple of clicks on our smartphones to verify that the person’s claim has no validity whatsoever.

Has technology made us all better informed?

I doubt so. Some people are still in the dark ages and remain stupid despite smart phones and all the technology around them.