How to be a Blue-Eyed Boy 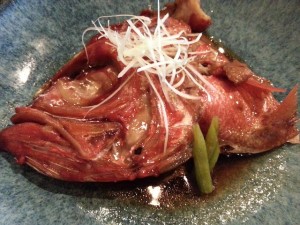 Kinmedai, which literally means gold-eyed fish, is highly sought for by fishermen on Japan's pacific coast, particularly along the Izu Peninsula. I like it for its big eyes. Here’s one Kinmedai fish head I ate at Ikyu, Yong Siak Street recently.

Mixing with towkays sure is educational.

They have their “code of conduct” albeit an unwritten one.

For example, the fish eye is always reserved for the person who’s playing host.

You never help yourself to the last cigar in a person’s humidor.

You don’t brag about your sexual exploits.

You don’t ask people how much they pay for stuff.

You offer to pay for meals and drinks.

You make sure you are not the first person to dig into every new dish that’s served.

Towkays may not do Facebook or Twitter, but being graduates from the University of Hard Knocks, they know more than ivy league grads; they have EQ and they know what is inappropriate and inappropriate behavior.

Too bad, they are a dying breed.

So kowtow to towkays while you can. 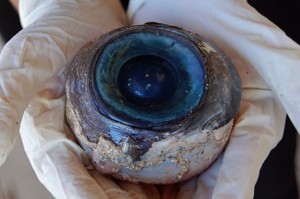 Giant fish eye washed up on a Florida beach in October - only if you're paying.