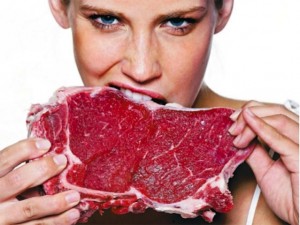 The food scene is overheating in Singapore; new eating places are opening up rapidly. Are they worth your money?

Enough Spanish places – and crappy “tapas” or rubbish being passed off as “tapas” – already, and nuff said. And advertising Spanish suckling pig on LinkedIn is the most uncool thing any restaurant can do.

Similarly, photos of celebrities plastered all over the wall of a restaurant is the crudest form of advertising there is. Here’s an example: 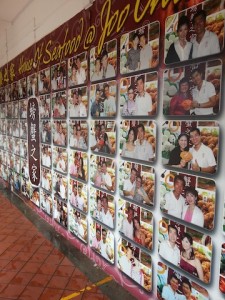 Be wary of some tea places – one even tries to imitate Mariage Fréres.

Stop the “artisan” crap – everything is artisan, unless a printer churns them out.

Don’t talk to me about “fusion” – it’s passé and often an excuse for failed cuisine.

Don’t overhype “organic” – stop screaming “organic” unless there is a standard for organic food that is universal.

Honest chefs please – I don’t care if you’ve worked with some famous chefs before; it means nothing to me. For all I care, you could have been just a jamban scrubber while you were there so don’t try to impress me with your phony claims.

Stop making chefs stars – the habit of treating chefs like they are some geniuses have gone too far. As a result, some of them have heads way too big for their own good. Drew Nieporent said that restaurateurs are being wiped out by chefs, how true. There’s a lesson here: chefs should stick to cooking and restaurateurs should up their profile. Also a word of advice from me: naive, day-dreamers aspiring to own restaurants should know that the F & B world is a rather complex one. For every ten dreamers who try, I would bet at least nine would eventually bite the dust. At the rate eateries are being opened here, I suspect many idiots out there think it’s so easy to open a restaurant. Long may their enthusiasm last. Plus: I hate it when restaurant owners sit in their own restaurants incognito and stuff their faces with their own food while leering at their customers – the very people who make them rich. If they are really incognito, how is it I know they are the owners?

More ramen? No. An emphatic no.

Food clubs – some of those with pompously impossible-to-pronounce names are full of arrogant pricks who know nothing about food. Avoid at all costs.

For Pete’s sake, train the wait staff – salads come before main courses, desserts with coffee and tea and pace the delivery please. How can something so basic go so wrong?

Gross profiteering is a crime and the guilty should be punished – the high margins enjoyed by those crooks who sell pizzas (flour and cheap ingredients) and Indian vegetarian tali sets is obscene. I suspect many Indian restaurants simply dump aged, fibrous vegetables – which they get for free because these were discarded by vegetable sellers –  into their tali sets. Don’t believe me? Have you eaten lady fingers (okra) in Indian restaurants that are actually tender and edible? The next time you were served such crap, confront the con artists behind these eateries and ask for your money back. Seriously, I wouldn’t even feed my dogs those old, discarded vegetables.

These I will never visit – money traps masquerading as “grocers” and staffed by uppity retards and patronized by scowling expat wives, unemployed tai-tais spending their husbands’ money, and teenagers with attitude from international schools.

Hawkers with attitude – don’t patronize them. Period. I’m keeping your family alive and you want to be rude to me? Fuck you!

Food shows on TV – way too many clowns going around hawker stalls “crowning” their owners king of this dish and that. If a stall doesn’t receive an accolade from one show, it will from another so what’s the significance of the whole charade? So every stall is great? It’s a frigging mockery. And it’s so stupid.

Stop the Kobe deception – true Kobe is limited to the Tajima breed of Wagyu beef that’s raised from Hyogo prefecture, around the city of Kobe. The entire production is tiny: only around 3,000 cows are sent to market each year. Outside Japan only two overseas locations receive shipments of the prized beef – Macau and Hong Kong. So don’t be fooled.

Stop demonizing tobacco users – it’s hypocritical when you want the lucrative revenue from the high taxes yet want to make the whole world feel as if tobacco users are losers. I smoke a pipe and I smoke cigars but I speak up for all smokers.

Stop telling me what to eat and what not to eat – or I’ll bash you face in and blame it on Gabapentin.