Wake Up to the Idea of Attending Wakes 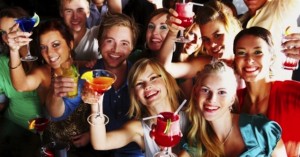 It's a fact that parties are a lot more fun than wakes and funerals..

Parties attract people but even the best among us tend to avoid visiting wakes and funerals of relatives and friends.

Sure wakes and funerals can be unpleasant at times, but to me these are the only times one has to say the final goodbye. Therefore whenever possible when you see an obit in the press or hear that someone you know has passed on, you should go.

It’s not that your friends and relatives are dropping like flies every day, even if they are, you should make an effort to go. My dad, who is in his 80’s makes an effort to go the wakes and funerals of his friends and relatives. Well, he is in his 80’s and I suppose the wake and funeral circuit keeps him busy to the extent that I tease him by saying that he plans his social calendar around those events!

For the rest of us who are much younger, surely wakes and funerals are rare occurrences. No excuse for not showing up then.

When a dear friend left us on New Year Day last year, several of us made special efforts to attend the wake but I was surprised at the number of excuses coming from people who said they would not attend. This included people who have been to the house and enjoyed the hospitality of the person who has passed on. One motherfucker even told me that this was near the Chinese New Year period and it would be bad luck to attend.

Well to these people all I can say is this: “When it’s your time, I’m sure you wish people will show up to pay their final respects and say their last goodbyes.”

There are three persons whose wakes and funerals I could not attend because I was traveling and I regret the fact till today. I wasn’t able to say goodbye to Liew Kee Kok, Tan Leng Ghee and Ignatius Leong.