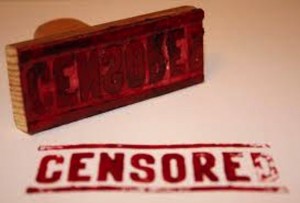 When Taiwanese singer Teresa Teng passed away in Chiang Mai in 1995, some douche bag took photos of her body lying in the morgue and some newspapers published them.

The bastard who took the photo probably got paid; he probably even thought of himself as a world-class photojournalist. He probably also believed he had a scoop but in my view he’s a douche bag of the worst kind, and the editors of those newspapers who published those photos are no better.

On Monday two young boys died in a horrific traffic accident in Singapore and some douche bag of the highest order took pictures of the horrific accident and posted them online.

What were you thinking you motherfucker? What were your intentions? Why did you post those grisly photos? Why was it even necessary to take such pictures in the first place? Did you think of yourself as a “citizen-journalist”? Have you been encouraged by trashy, shitty sites like STOMP? Other than shock value, I can think of nothing else. Seriously I just can’t see the value in posting such photos online. What a lowlife you must be. If you post photos of your ugly mother spreading her legs, that’s vulgar and obscene but shooting and posting pictures of young innocent accident victims? In my view, that’s worse than posting pictures of your mum’s maggot-infested snatch online.

I have not seen the photos but I have read that they are stomach-wrenching and extremely shocking. Whoever took and posted them was absolutely insensitive and obviously had total disregard for the feelings of the poor victims’ family.

Because the accident photos are so gruesome, the visceral reaction of any decent human being is to condemn anyone who posts them.

For this reason, decent, respectable publications make it a point never to publish grisly, gory, death-scene photos. One would hope that human decency would compel ordinary people to refrain from doing so too but obviously that’s expecting too much, as we have just learned.

And you know what is shocking?  To me what is shocking is that compounding this morally deficient behavior is the number of people going online to deliberately search for such photos.

The Web can be a cesspool of the depraved and morbid photos proliferate. Some sites exist solely to host such photos online; they exist solely to appease the morbid curiosity of voyeuristic retards.

I am completely and utterly gobsmacked by how sick some people are.

Did you stumble upon this site hoping to see some ghastly photos of accident victims?

Well, you may fuck off, you pervert.