No, They Don’t Know Everything 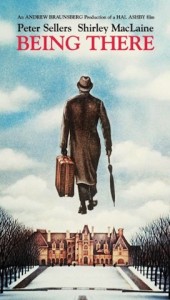 CEOs and other C-level executives are often interviewed for their views about issues or to make predictions about stuff.

I know a CEO who spouts all kinda “wisdom” about the importance of communications but having worked with her, I can vouch that she would be the worst example of anyone who does NOT communicate well. In fact, there are times when she is completely incommunicado.

I know another idiot who claims to be an expert on corporate governance and transparency but this is the same fella who cheats on his transport claims.

An unmarried marriage counselor is no good, a mediator who stirs shit is no good, and that beached whale Abby Lee has no business to be running dancing schools. She’s a pain to watch, really.

Ditto predictions. At Davos in 2008, futurists and technology forecasters Peter Schwartz and Paul Saffo declared that newspapers would cease to exist by 2009. Well, we know now if they have been right.

Sure, CEOs didn’t become CEOs because they are retards, so whatever they say always have a ring of plausibility to them, but I would be leery.

And judging from the way some of them communicate, I sometimes wonder if they know anything at all. Many of them have whole armies of clowns behind them, ghost-writing for them, managing their image, etc.

And because many regard them with awe, anything they say is misconstrued as pearls of wisdom.

Their incoherent, nonsensical utterances are often mistaken for profundity.

If you doubt me, watch the old movie Being There.

It’s the same with CEO surveys. I am familiar with that racket. Firms survey CEOs all over, then sell the reports for a bundle but so what if all the CEOs in the world talk about the same concerns or issues? Does it really mean anything?

As my mom used to say to me when I was a kid, “Just because everyone is jumping into the sea doesn’t mean you have to. They could be jumping to their deaths.”

Yes, mom, you are right.

I’m not a lemming.