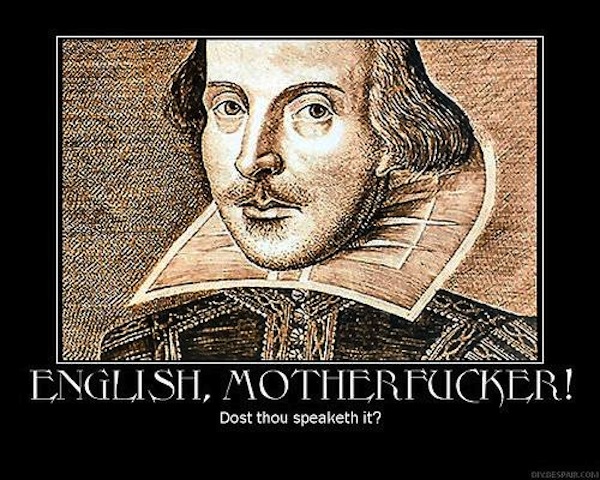 Literature is a subject that is facing an untimely demise in our schools.  Students fear that they can’t “score” with the subject, something they can do with math and science. “With math and science, once you know the formula, win already,” said a secondary school student to me recently, “with literature, no matter how good you are, you can never get full marks. Study literature sure die one.”

This is a reflection of our times. In this hurried world of tweets, SMS and online chats, shortcuts and abbreviated means of communicating proliferate, so why waste time and our limited attention span on something that requires so much effort to excel in, something deemed “so hazy and weird, so hard to grasp” – (“Who on earth talk like those idiots in Shakespeare’s plays anymore?”) – when all you need to do with math and science is to apply the correct formulae and voilà, if you get the calculations right, examiners can’t help but give you full marks. With literature, you can never win, they say.

The decline coincided with the introduction of the ranking of schools in the early 1990s, based on results at the O levels, among other criteria.

Some schools soon began dropping literature or discouraging students – especially those unlikely to score top grades – from taking the subject.

To me, this tantamount to gross and premeditated abrogation of responsibility by retards who have the audacity to think of themselves as educators.

And as always the pooh-bahs in our government denied they have screwed up, and are refusing any accountability for the disappearance of literature from our curriculum.

Ok, never mind, what else is new?

What will happen in the end with our schools is that they will produce students with high scores but who lack an appreciation for the non-tangible aspects of their lives, immature youth who possess little in terms of critical thinking skills and who think that wrestling programs on TV are cultural events. These students will find it a challenge to deal with the ambiguities of life but will probably continue to do well academically all through their learning days, and when they graduate, secure top jobs with high pay but would have zero interpersonal skills, cannot communicate for nuts, with EQ scores the same as their shoe size, and exhibiting no empathy for the less privileged in our society. They may live in landed properties, drive fancy cars, holiday at ski resorts, eat at Michelin-starred restaurants but they would be empty people, devoid of any richness in their life nor experience fulfillment of any kind, and yes, they will know the price of everything but the value of nothing. Worse, they may even become ministers in governments that screw their own citizens.

Sure, give up literature and die.

Or at the very least, cause an escalation of further decay in our society.