Back to the Red Nipple 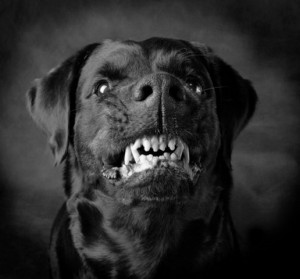 He's got me again!

With Safari reset, and iTunes deauthorized, I closed the lid of my MacBook Pro for the last time Sunday night.

It was a love affair that started even before I left the circus in July 2011.

It started when I vowed never to use another ThinkPad.

Ten years of ThinkPad is more than enough.

I had to eat them.

Apart from the company-issued ThinkPad, I had purchased my own laptops: a Sony, an ASUS and a HP, etc but my favorite was the MacBook Pro.

It had been my daily or primary machine if you will.

In the middle of a presentation, it hung.

Two nights of troubleshooting and the conclusion was reached that the latest auto-updates to Office for Mac was probably causing the Mac to hang.

Nyit and I researched online, saw many others having the same problem.

Nothing we did could fix it.

I had three full days of seminar to run and participants were senior directors from Japan, Singapore and Thailand. I simply could not afford to screw up.

So for two nights last week, after a hard day of standing on my feet conducting training, I had to burn my nights trying to fix computer-related problems with the very patient Nyit, who had had to burn his busy nights too.

Nyit even showed up at the seminar venue, and after some tinkering, hooked the Mac to the hotel projector, ran my slides, simulated what I did in the day.

But to no avail.

No matter what we tried.

The assurance that Keynote would solve the problem as it could save its files into Windows format was scant comfort, considering that I work in a collaborative environment where non-PDF file exchanges between my clients and me are essential.

Simply put, in my profession, I can’t afford to have the problems that come with Office for Mac messing things up, and irritating my participants, all board-level corporate honchos of global corporations.

Small money, but it was a big slap on my face to be using a ThinkPad again.

Wept at the screen when I first switched it on.

Compared to the Mac’s screen, the difference was like night and day.

But the inevitable had to happen.

These days, I don’t seem to run out of things that will drag me further and further into the abyss of deep, dark depression.