The Rifles Conversation: Lunch with the Minister 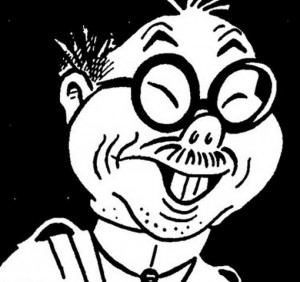 SINGAPORE – The Asian palate is known for its penchant for exotic, health-boosting fare such as monkey brains (elixir for the IQ-challenged), frog legs (booster for high jumpers) and bull penises (in aid of the not-so-well-hung among us) and Singapore is one Asian country where such culinary curiosities can be found, if one knows where to look.

The sale of shark fins, usually cooked in a soupy form and consumed more for texture or mouth feel and the broth they are cooked in – although fans swear that the collagen they contain means saving on Botox – has been banned in many places in the city state. Certain supermarkets and restaurants, wanting to be politically correct and bowing to the pressure of mainly western-driven anti-shark fin lobby groups have imposed the ban though the product is technically not illegal in Singapore.

“Sawing fins off sharks and then dumping the still-alive sharks back to the ocean to leave them to die is the highest form of cruelty, more cruel than making people pay for COE; besides, sharks are endangered,” declared Singapore’s Minister in charge of Food Safety and Animal Welfare, Mr Chin Yeow Kwee. We ventured to point out that the minister has been misinformed – not all species are endangered and sharks sell for good money and are hardly discarded, except in “documentary” films made by anti-shark fin groups. But Mr Chin was on a roll and we couldn’t get a word in edgewise. The minister argues that other animals don’t suffer the fate of sharks: “Bulls are seldom castrated just for their genitals because the animal is put down painlessly in a humane manner, then the entirely animal is consumed; nothing is wasted. The skin is even made into leather, get the point? I mean, we don’t grab a bull, chop off its dick and leave it to bleed to death do we?” he insisted. Ditto frogs. “Do we see amputated frogs going around in wheel chairs?” the minister challenged.

What about monkeys after their brains have been consumed? According to zoo consultant, Mr Bernard Hairy Boh Cheng Kor, monkeys are allegedly bound by ropes and their brains scooped out of their skulls while they are still alive and consumed. (“This guarantees freshness,” claimed Mr Boh.)

“Oh monkeys with no brains are recruited into the ruling political party,” divulged Mr Chin, “As you know, this country is kept going by those who keep things running, not by zombies who spend time in deep thinking or planning, so brains are not an absolute requirement, really.”

The minister said this during an interview with this reporter at the Angkat Bola Restaurant of The Rifles Hotel, so named because, preferring only white colonial masters as patrons, the hotel used to shoot Chinese and dogs who ventured into its premises. What the minister had: Skyjuice on the rocks, pan-fried foie gras, veal cutlet, Earl Gray tea, fruit cake and Cohiba Siglo VI. Minister’s choice of music: Richard Clayderman’s Ballade pour Adeline – “I simply love classical music,” declared the minister. We had to suppress a snigger.

When asked about foie gras, the minister insisted that geese have no gag reflex and force-feeding doesn’t constitute cruelty. What about veal? We reminded him of a recent attempt by Animal Lovers Advocacy Group’s spokesperson, Miss Monica Chng, to convince the government to ban the sale and consumption of suckling pig and veal. Isn’t it hypocritical that someone ranting about the cruelty of shark fin harvesting is feasting on baby animals that were just born and barely able to walk? (The minister had veal cutlet, which, we reminded him, is the meat of a newly-born calf.) “No, no, no we cannot compare sharks with cattle lah, they are two different species, surf versus turf, you don’t know meh?” asked the minister rhetorically. “Don’t question my logic will you, trust me, we know what’s best. Government ministers like us have your best interest at heart one. We are all scholars, educated in some of the best schools in the world, we have brains one. Have faith will you?” admonished the minister.

He added: “Besides, banning foie gras and veal would give those very civilized foreign talents we are trying to attract to Singapore a negative impression of our country. They will think we are a repressive regime, telling people what to eat and what not to eat. We can’t deny these people their favorite food mah, otherwise why would they come?” he asked, stuffing his face, and utterly oblivious to how much he was contradicting himself.

This reporter was curious about that Siglo VI.

“This one ah, is cigar, not the same as cigarettes. Cigarettes we inhale, cigars we don’t. Same same but different, cigar smoking is not really smoking. It’s a form of enjoyment. You want to smoke one not? I give you mine. Out of sympathy we let you try lah. Mine very big ring gauge one. Live a little mah,” opined the minister.

We have no doubt he could afford to.