A Quintessential Nice Guy Has Left Us 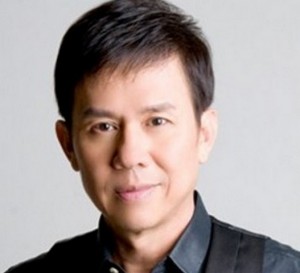 In the seventies, when he was in his mid-20s, Huang Wenyong quit his teaching job in Kuala Lumpur and came to Singapore with 50 bucks in his pocket to join the local TV station as an artiste and subsequently acted in over a hundred TV dramas. Huang died on 20th April 2013 of lymphoma, at age 60. Many were shocked and saddened by his sudden death. The outpouring of grief was such that was seldom seen in this country, as evidenced by many online videos of his wake and funeral.

Why did friends, relatives, fans and even strangers mourn this man?

He was only an actor, and even as an actor he was no Bruce Lee or Chow Yun-fat. He wasn’t a politician, he didn’t build a nation, provide housing or feed the poor.

Huang was mourned because in his heart of hearts, he was simply a very nice fellow. He was humble, never considering himself a celebrity or a star. He was not arrogant, he had no airs, was not proud, he kept a low profile, he had a great sense of humor, he didn’t put people down, didn’t treat others as if they are all morons, he gave people space, tolerated fools, was patient with people, he was kind, he did what he could and beyond, when he saw a sick colleague waiting for a cab, he drove him to the hospital, he lent a helping hand to someone – a scrap metal seller – whom he spotted needing help pushing his heavy cart, etc and at work, he was a consummate professional, working weekends and public holidays when asked, never complaining and when he was ill, he didn’t want anyone to worry so he kept his suffering to himself.

The world would be a better place if there are more people like Huang Wenyong.

Rest well, Mr Huang, you will be missed. You are free from pain now.