These Contacts will be Deleted from my Address Book 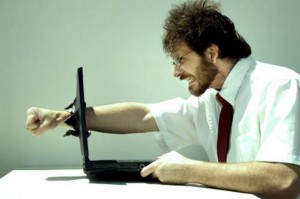 Once again I’ve failed to convince a close friend to activate Gmail on his smartphone. Getting him to do that is harder than pulling teeth.

I understand perfectly your wanting to avoid your office’s emails being pushed into your mobile device and I applaud those who allow their personal emails (such as Gmail) to be pushed into their devices. Work should indeed stop at certain hours although for senior decision makers in this day and age, that can be deemed unrealistic, selfish and worse, harmful to their organization’s productivity.

However if you allow WhatsApp and SMS to function on your phone, adding Gmail is only logical. In fact, whether you use WhatsApp, SMS or Gmail on your phone – the method (ie, whether it’s WhatsApp, SMS or Gmail) is something that shouldn’t even be a question that comes up because in this modern world of ours where there will only be two types of people: the quick or the dead, you ought to receive communications (and respond to them) regardless of what format they take.

I am often exasperated by people in my circles who have no problem with me phoning them or WhatsApping them or SMSing them, but would NOT enable Gmail on their phones. “You can always phone me, you even have my phone number” they say, as if I’m the one with the problem. To me, there is no clearer example of stupidity. Yup, stupid idiots with smartphones. A paradox of our age.

Some of these people claim to be experts on change, some of them even want me to conduct seminars or co-author books with them on change management. To me they are contradicting themselves big time.

I once met a father who told me that he considers his kids not enabling their Gmails on their phones as a blatant disrespect of him and his standing in their lives. A bit extreme, but I can perfectly understand where he’s coming from.

One other thing, those who selfishly disable Gmail on their phones, but would only choose to access Gmail (or any of their personal or private email accounts) at the time of their own choosing may not realize that when they finally get to do their emails, they end up sending a whole shitload of replies in a huge burst to those who have been communicating with them in the past few hours, those few hours when they chose to disable Gmail.

Have these morons thought of how inconsiderate this is? Such behavior is an anathema of our modern day and symptomatic of anachronistic behavior in our times.

On a recent day, I have been emailing a friend a series of emails – and I, like most people in this present century, (this is 2013 for goodness’ sake!) don’t distinguish between email, WhatsApp or SMS – but I didn’t get a reply at all, even the Google Talk on this person’s smartphone was not activated, I only got dumped a whole wad of replies when this person finally got to sit down on his big fat ass at his computer and decided ta da! it’s time to do email, never mind how the rest of the world feels. By the time I’ve gotten all his replies, I have already gone on to make decisions without involving this Neanderthal.

I simply cannot deal with someone who does not respond in time, hey idiot I can’t wait hours for you to reply! That is why I am a strong advocate of the proposition that each of us in this modern times must communicate using all platforms available to us. Sure, turn off your office email if you want and have it work only during office hours if you can afford that luxury, or if your career prospects won’t be affected by that but if you allow WhatsApp and SMS, for goodness’ sake turn on your Gmail too. The problem gets compounded when I phone the person and he’s not answering because he cannot hear his phone which he sets to silent mode, which he keeps inside a purse, which is then kept inside his clutch bag.

I also hear excuses like “I certainly don’t want to be checking my emails when I am in the company of others. So I disable my Gmail, etc.” Well, this is where you need to exercise some discretion and ground rules. For example, when I am with a client or at a meeting, or watching a movie or am at a concert (which is seldom for more than a couple of hours) I set my phone to vibration mode. But other than that, I’m always accessible and all my family members and friends accept that. We accept that because we now live in a connected world, even when we are eating together or having a coffee, we recognize that we may have to accept calls and messages – and respond to them – as they come in. Nobody feels slighted because one of us have to excuse ourselves for a moment to respond to an incoming message. Anyway, I don’t think people who disable their Gmails and set their phone in silence and then bury it somewhere has any excuse for doing so. Personally I think that’s a disgusting, counterproductive behavior.

Then they are those retards who have WhatsApp on their phones but their status is set permanently to “Unavailable” or “Busy” – if that’s the case, why install WhatsApp in the first place?

That’s another rant for another time.