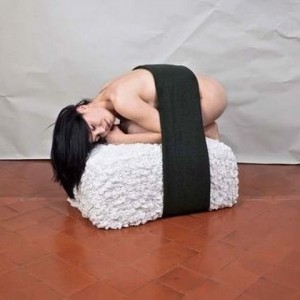 Why so actsy borak? It's not as if you're serving this!

Readers of this blog know that I eat at some real kick ass sushi places like Aoki and Shinji but occasionally I get dragged to some places operated by local chefs.

I know of at least two very Ah Beng sushi chefs in town. Their rendition of sushi is “everything goes” – so you get foie gras on ebi on rice, or cold angel hair pasta tossed with truffle oil and sprinkled with micro tiny Sakura ebi, that kind of thing, so-called “sushi” and “Japanese” food or “cuisine” that will probably make some authentic chefs from Japan fall off their getas. (Jiro’s dreams of sushi will turn to nightmares if the grand master knows what these jokers serve up.) But these two Super Biangs have their followers and some of my friends like what they concoct.

The big difference between the two – one is in the central business district, the other has his restaurant out of town – is their egos.

One is humble, friendly and humorous. The other is egoistic, a brag, a loudmouth and a bullshitter.

The amazing thing is that the humbler the first one gets, the better his food seems to become and the other one, the egomaniacal one, what he churns out become more and more tasteless as his ego grows bigger and bigger.

In fact, his food leaves a bad taste in the mouth.

Recently a friend and I ate lunch at his restaurant and spent about 300 bucks there.

We left the place, vowing never to return.

For that kind of money we would gladly give our business to the other Ah Beng chef.

Or we could have gone to Shinji instead.

You can’t go wrong with Shinji. One of my clients, a CEO of a Japanese multinational told me that in his opinion, Shinji is the best Japanese restaurant in Singapore. Coming from a Japanese, that’s probably the highest compliment.

I must say I absolutely agree with him on that.