Of Interns and Outlaws

You look for a word and a picture is there.

No need to use yet more words to describe a word.

Very much like some restaurant menus designed for clueless ang mohs and foreign talents.

In my pictorial dictionary, which I’m still compiling – it’s a lifelong project – if you search for the word “asshole” guess whose picture will appear?

It will be this picture: 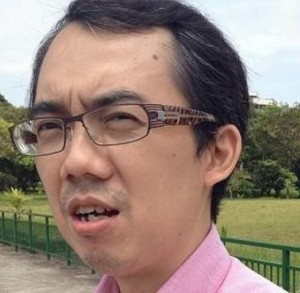 Yup that’s the asswipe – yes there will be cross-referencing in my pictorial dictionary – who walloped this 29-year-old ex-intern: 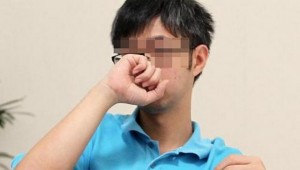 Pixelated to save him from further embarrassment.

Unless you’re living in a cave, you would have known about this, perhaps even seen the video.

The Straits Times reported that after the video went viral, two former interns in the same company also came out to say they had worked in fear under the dickface.

But truth be told, why did the ex-intern, who had since graduated and had continued working for the company, allowed himself to be bashed and abused like that?

What crappy university did he graduate from that he was only paid 500 bucks a month and had to suffer physical and mental abuse? Clearing trays at the food court will get you more than 500 bucks a month!

And what half-past-six university is it that arranges for its students to intern at shitholes like Encore eServices?

The university should take a page from what happened at Horace Mann recently.

The elite school in New York issued a public apology and board members who served when abuses were reported have been removed.

The president of the university here in Singapore from which this ex-intern graduated should apologize publicly and the entire board of trustees should step down. Indeed what frigging university of good standing sends its interns to be third-rate corporations where they get punched and slapped?

These unconscionable betrayals of trust never should have happened.

The authorities should investigate how the university decides on where to place their students for internship.

But honestly, with Wong Kan Seng allowed to go scot-free after the Mas Selamat fiasco, a precedent has been set for leaders at the top NOT having to assume accountability for their cock-ups.

Yup, screw up and remain unscathed. No need to face up to one’s mistakes.

Nothing will happen to those head honchos at the university, and interns will continue to get slapped and punched and verbally and mentally assaulted and abused.

Yeah, so much for change.

Yes, I am outraged in case you didn’t notice.

And as for the graduate who kerna hantamed, not sure to pity this graduate or to call him stupid, really.

By the way if you want to know whose picture I’m using to depict the word “pain” do look out for my pictorial dictionary.

Which I’ve said – in case you’ve forgotten – is still being compiled.