A Reminder of the Reality of Evil in this World 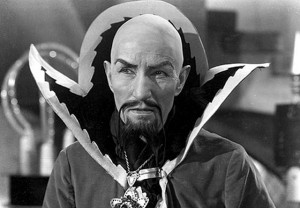 I don't get nightmares. I cause them.

The diabolical overlords, thin-skinned and paranoid had demanded that town criers credit a huge amount of earnings into the overlords’ treasury.

Or so they thought.

Oh how wrong they were.

No regime can thrive while operating in a state of denial.

Their bumpf explaining the ruling of the overlords was perceived by many as yet another means of suppressing dissent.

Denizens of the land were resourceful.

Well-schooled and street-smart, access to unfiltered news was not difficult to come by.

Assimilation of raw facts is an irrepressible trait essential to all living creatures.

No healthy relationship based on one-way dialogs could exist; indeed monologs cannot form the basis of any meaningful ongoing association between living creatures. But the overlords desired no dialogs whatsoever. This is so twisted especially when the overlords claimed that – because they possess “wisdom” – it was their denizens themselves who had chosen the overlords to guide them. So “shut up, clean up, apologize, then we sit down and talk” mentality reigned. Arrogance personified. Overlords behaving like thugs and school yard bullies. Clearly biting the hands that fed them. Denizens fumed – “We elected you to screw us?”

There is now a lull. Calm before the storm.

Psephologists are predicting devastating, if not “interesting” results for the overlords in the next voting due in a couple of years – the slow-brewing storm. Stabbed in the back with a serrated knife, the oppressed will surely vote against the overlords.

Lohcifer sits on his perch watching.

And waiting for the inevitable.

A case of Dom Pérignon and tins of Almas caviar on standby.