On A Clear Day, You Can See Bullshit 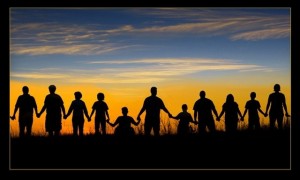 Oh so much bullshit.

I’ve been reading about how Singapore will emerge stronger as a nation due to the haze; that Singaporeans have joined hands to help each other weather the haze; that the haze has pulled us together as a country, brought us closer and all that crap.

True, when a group of people – even strangers – go through a common (often negative) experience – they tend to be more united but in the past few weeks, especially last week, when PSI readings hit over 400, what actually happened?

Well, complained a lot was what most of us did; some even sold masks at inflated prices. exploiting the situation – and the vulnerable – to make some obscene profits; some kiasu and kiasi ones rushed from one store to another, Pavlovian bulk-buying and stocking up enough masks to last another 10 years of haze; (contrast this with Japan – when the Fukushima Daiichi nuclear disaster struck, Japanese shoppers made sure they didn’t empty supermarket shelves, leaving enough for others to purchase); McDonald’s tried to cash in by publishing what it thought was a clever ad only to withdraw it when it was criticized for its bad taste; some chastised Singaporeans for not counting our blessings, after all other countries have tsunamis, nuclear disasters and real floods, not the “ponding” we have; some Singaporeans claimed to be experts on PSI readings, accusing the authorities of massaging or downplaying the PSI numbers; some anal retards declared that this was smog and not haze and came up with some absurd theory to explain themselves; kopitiam pundits chipped in and said that the heavens had sent the haze to kill the dengue-causing mosquitoes; some shameless politicians took advantage of the crisis and milked it for whatever it was worth, making it a huge PR exercise, going around giving masks to residents of their constituencies while smiling for the TV cameras; some Singaporeans chose the opportunity to criticize the government for not doing enough and for not having balls to stand up to the Neanderthals who run Indonesia; others of course took the side of the our government and said “What can they do, they are helpless, they can’t control wind directions!” and “What?! Stand up to the mighty Indonesians? You want to start a war or what?” and “We can’t afford to offend the Indonesian government – all is needed is a hundred Indonesian guerrillas to sneak in through our porous borders every day and stir shit, we kerna already.”

So you see, that was what happened. More hot air than anything else.

Simple isn’t it, once the air is clear, the smokescreen lifted – this is the naked truth.

Did we pull together as a nation?

Let’s not kid ourselves.

If you truly believe that, then you must be the personification of the height of naïveté.