The pipe smoking forum based in Germany, of which I am a member, issues in limited numbers, its annual Pipe of the Year, usually one smooth and one rusticated or sandblasted version.

Poul Winslow has been commissioned to carve these rare collectibles since year one.

And I’ve been privileged to acquire a set since year one.

Poul Winslow began crafting pipes in 1969 for Preben Holm, an artisan who made “Danish-style” pipes famous. At 16 years old, he was Holm’s chief assistant out of 45 pipe makers. (At the height of Holm’s success, Holm himself was only 22 years old.)

Holm became seriously ill, and had to close his factory in 1985.  Jobless, Poul Winslow set up a workshop in his own home in Hvidovre, a southern suburb of Copenhagen. And the rest, they say, is history.

This year’s pipes are, as expected, real beauties: 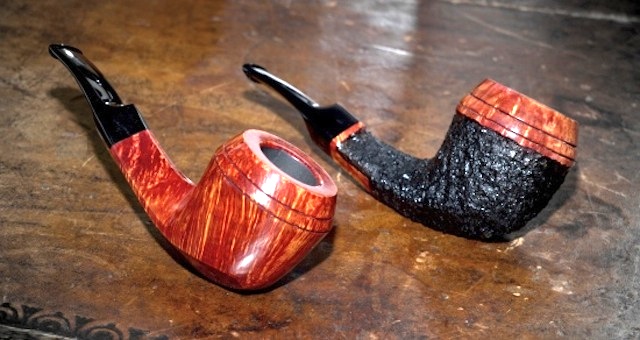