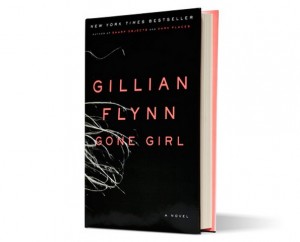 The Financial Times says “Read it and stay single” and the author herself, in her Acknowledgements, thanked a couple for reading the manuscript in the months leading up to their wedding, saying “It doesn’t seem to have harmed you guys in the least.”

The book is Gone Girl by Gillian Flynn and if you believe in unconditional love between a husband and wife, a love free of pettiness and calculative, score-keeping wives or husbands, the notion of a happy marriage and the idea that love is eternal, this book will forever change your mind and make you take a cold, hard look at your spouse.

Reese Witherspoon’s film production company and 20th Century Fox own the screen rights to Gone Girl for which they paid US$1.5 million. Gillian Flynn has been engaged to write the screenplay. Witherspoon is poised to produce the film version along with Leslie Dixon and Bruna Papandrea. David Fincher has been announced as the director, with Rosamund Pike in the role of the female protagonist, and Ben Affleck cast as the male protagonist.

If you’re not the reading kind, wait for the movie then; but my experience has always been the book’s always better than the movie.

By the way, if you like this book, you will also like The Silent Wife by ASA Harrison, who unfortunately passed away weeks before her debut novel was published.