More Power to You, Arnold! 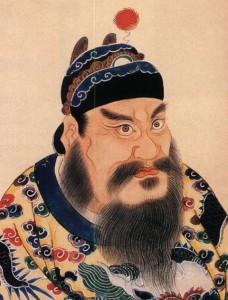 At least he's not named "Gay."

Fearing the inkbrush as much as the sword, the first emperor of unified China, Qin Shi Huang (259 BC – 210 BC) burned books. He also ordered the arrest of over 400 scholars and buried them.

Most reacted negatively. Some very caustic comments were made, including some very self-righteous ones. “Give the books to the needy,” many screamed.  “Are we teaching 12-year-olds that once they complete PSLE, they can burn away what they have learn? What is the point of achieving stellar results if our children grown up with such thinking? The damage that has been done is far more serious than just killing trees,” bitched someone who wrote to the papers today.

The tightly-wound and highly-strung writer has probably never witnessed extravagant funerals or wasteful weddings where ostentatious and vulgar displays of the burning of money would certainly cost more damage than burning of trees.

I don’t know Arnold Gay personally but I say, let’s cut him some slack lah.

Very often to mark the end of a significant event, we human beings hold a ceremony.

A funeral for example. Often accompanied by pages and pages of full-page condolence ads in The Straits Times (much to the delight of SPH, I’m sure) telling the whole world how much we love the deceased when we could have saved the money by being nice to him or her when he or she was still alive. Yeah, what is the point of achieving stellar results if our children grown up with such thinking?

And very often to mark the beginning of a significant event, we also stage a ceremony.

Excessively uncouth weddings, for example, where the glaze-eyed couple forces all guests to watch some shitty videos showing them falling in love together, traveling together, having fun together, essentially living in sin together, etc prior to their supposedly holy matrimony and where the bride has at least three changes of expensive designer costumes over the course of one wedding banquet that requires a mortgage to finance.

A wedding signifies the beginning of a new chapter.

Closures can be cathartic.

I admit as a corporate consultant I have conducted numerous “funerals” in the past for companies.

When the old legacy system was finally sunset, we would hold a little ceremony.

When the new system kicks in, “go live” we also conduct a little ritual.

No lah, we didn’t burn our old mainframes or dump our Wangs and Psions into the sea or anything like that.

But we had a ceremony.

It was all symbolic. A gesture.

I’m sure what Arnold Gay did was intended that way too.

Sure, burning of books or of anything – in these days of haze and pollution – may not be the best idea and reminiscent of Emperor Qin, may bring back bad memories. Plus we Asians have all been brainwashed into treasuring books; I recall how my father would actually buy plastic sheets to lovingly wrap road directories, can you believe it? I had to physically restrain him from wrapping the telephone directories too, especially his beloved Yellow Pages, the “search engine” of his time!

Seriously, aren’t we taking this whole thing a bit too seriously? Let’s all loosen up a little lah.

With a surname like that I think he has enough crap to deal with already.