No Lifeguard at the Gene Pool 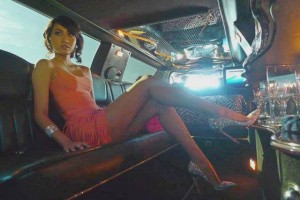 Kicking back in style!

A notorious pirate in Somali by the name of Mohamed Abdi Hassan, also known as “Big Mouth” is believed to have been the leader of the 2009 hijacking of the Belgian dredging vessel Pompeii north of the Seychelles. The ship and its crew were held for 70 days before being released in exchange for an amount of money rumored to be more than US$2 million.

Well, “Big Mouth” won’t have much to shout about now. Fucker just got arrested.

Belgian media reported that Hassan was lured to Belgium as part of an undercover operation which asked him to come take part in a movie about life as a pirate on the high seas. So he and an accomplice boarded a plane and flew from Nairobi to Brussels. They were arrested upon arrival.

In 2013, 16-year-old Pakistani girl Malala Yousafzai was shot in the face by the Taliban in retaliation over her campaign for girls to be given equal rights to schooling in a country where only 40 percent of adult women can read and write.

So as far as those militant lice-infested towelheads are concerned, education is only reserved for the guys? Didn’t do much for Hassan did it? In the end, he’s just another diseased lump of meat with no brains.

Recently at our club meeting, one of our members, supposedly an international jet-setter with years of regional experience, asked a visitor who had lost both hands in an accident “How do you put on your clothes?” then proceeded to show the group the scars from his own surgery. I was so embarrassed that I apologized privately to this visitor.

In the more civilized world – as they would have us believe – Republicans refusing to allow Obamacare to pass through caused a ludicrous 16-day government shutdown recently. There have been 17 such shutdowns in the past and this time I shook my head in disbelief as one of the supposedly greatest countries in the world is once again rendered impotent because big egos belonging to small men with even smaller brains held on to their positions and refused to budge.

At that time Chua blamed his downfall for his hard work, saying it caused his political opponents to “fix” him; he was also quoted saying that his only mistake was using the same hotel room all the time. Stupid jerk. But the electorate was even more stupid – in 2010, Chua was back in power and was elected president of MCA again.

Shortly after her mother Janet was arrested for embezzling PhP10 billion of the Filipino government’s money Jeane Catherine Lim Napoles (that’s her in the picture above) was seen flaunting her wealth on Instagram – photos blatantly show her ostentatiously displaying her wealth and there was even one of her in a bathtub filled with cash, although the authenticity of that photo has since been disputed. Now the authorities have uncovered the fact that the girl owns properties all over the world including a condominium unit at the Ritz Carlton in Los Angeles. Oh, by the way, the brat also owns a Porsche. The taxmen are after her now. Serves her right, the brainless cunt.