Enter from the Back 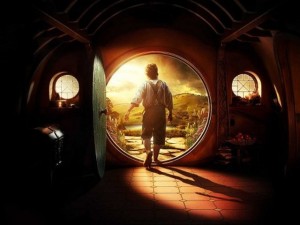 How the hell do I get to the carpark?

Have you ever left a cinema the same way you’ve gone in?

It seems Golden Village’s cinema at Great World City is about the only one that allows patrons to leave the same way they’ve gone in. But at other Golden Village cinemas you are treated like shit:

At Plaza Singapura, you enter the cinema from the back and you leave by walking towards the screen in front and using one of the exits at the sides which will lead you through a series of meandering walks that will result in your ending up near some smelly toilets.

At Vivo City, you do the same except that it’s seems like a longer snaking journey with more heavy doors to pass through which eventually leaves you deposited at some road side, meaning you have to re-enter the mall to go back to the carpark to get to your car.

Cathay is no better:

At Cathay Cineplex at West Mall, if you watch a late night show, you would need to walk all the way down from the 6th floor to the carpark in the basement using the stairs or the escalators that have stopped because the mall is closed and the two elevators are packed with other patrons trying to leave as well. That’s more than six floors to cover.

At Cathay Cineplex City Square, you too leave the cinema by going forward towards the screen and using one of the staircases at the side to walk a long tortuous expedition that leads you back into the mall. Worse, two huge smelly trash bins are placed in full view right in front of the screen all the time.

Low Mei Mei wrote: “It is not a pleasant experience to be treated like dirt after they have earned your money.” I can’t agree more. Surely the entire experience of going to the movies should include the part where you leave. It’s a pity if a pleasurable cinematic night out is been sullied by the unpleasant and arduous trek out of the movie theater.