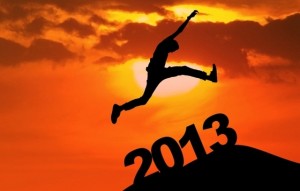 During this time, many magazines, newspapers and TV shows devote special editions to the “year-in-review.” I too conducted my own year-in-review.

Best moment: Whenever B.A.T. runs to me, arms extended, face totally lit up with his megawatt smile. If I had died there and then, I would die with my eyes closed and with a huge grin on my face, a very very happy grandpa. (B.A.T. came into this world May 2012 bringing inexplicable joy to so many people.)

Most breathtaking: Zipping around in a private jet!

Most heart-rending: Yolanda and the typical Filipino ineptitude that it exposed. I can never forget that crying woman with a baby in her arms, telling the TV crew that “my baby is beginning to smell.” The child in her arms has been dead for several days.

Most exasperating: Interacting with unenlightened hicks who didn’t know how to benefit from advice; especially one particular bunch preoccupied with running their companies like mom-and-pop stores and blaming everyone else but themselves for their mistakes.

Worst meal: Ipoh Lou Yau Bean Sprouts Chicken, Centrepoint. This is one shithole I won’t even bring my worst enemy to. Amazing how people have the gall to sell food of such abysmal standards.

Most disappointing meal: Hairy crabs, Shenzhen. Should have pigged out at Yangcheng Lake itself.

This year’s food addiction: Chicken rice, pork chops, and the 350gm 30-day matured Angus breed bone-in strip loin served with wild mushrooms and peppery endives at Jamie’s Italian. I do have to say that Jamie’s steaks have gotten worse – the last three I ate were just below his usual standard.

Most overdone: 300-dollar lunches at Hakumai. I’m so tired of it now. It’s back to Aoki for sushi perfection.

Most pretentious wait-staff: Those sourpusses working at Salt Grill & Bar.

Most un-original: Wolf. Nose to tail dining? Come on! 20 bucks for a few strips of pig ears in a salad? I get an entire pig head for free from the butcher! Braised with my dad’s secret recipe, it’s better than any dish those jokers at Wolf can dish out. Cow lips? Been there, done that. Eons ago, and definitely before the chef was born. Pig’s head & trotter brawn? The one at Berseh food center is hard to beat. Chefs and restaurateurs, do something to wow me please!

Most infuriating: The spouse of a weirdo who was super-irritating; who behaved like a walking encyclopedia and whose nose was into everything.

Worst purchase: Samsung Gear Watch. An absolutely overpriced piece of junk. It will be the Koreans’ downfall if they start thinking like Steve Jobs, that just because they’ve got a winning product or two, they can push out any crap and consumers will stand in line to buy them up.

Biggest let-down: Nexus 5 phone. Why make a phone if no one can hear it ring? Yup, it’s the Koreans again!

Epiphany moment: That retail is essentially evil. It promotes materialism as the new god and retailers do their utmost to make you part with your hard-earned money.

Most hilarious person: Officer I met on November 20th at the Arms & Explosives Licensing office of The Singapore Police Force.

Some of the ugliest people I’ve met this year: Two female flight attendants on MI 233 from Medan to Singapore on December 11th.

Biggest hype of the year: The blind idolatry and hagiographication of Nelson Mandela. Fine, so he was magnanimous and forgave his captors. Like he had a frigging choice! In today’s world, he would be hunted like Osama and liquidated like Jang Song Thaek. Why? He was a terrorist committed to the violent overthrow of the authorities, that’s why! In fact, as late as 2008, the Nobel Prize winner and former president was still on the US terrorism watch list. Do you know that Mandela wrote How to be a Good Communist and co-founded and directed a terrorist organization, Umkhonto we Sizwe (Spear of the Nation)?

Most ridiculous tale ever spun: The Racketeer.

Re-committed this year: Not to read Patricia Cornwell and James Patterson. The former for some very badly-written books in the last couple of years and the latter for empty calories with no redeeming value and written solely for the utterly brainless flying on budget airlines.

Worst swindle: The rat-faced parasitic Super Biang who demanded 20% finder’s fee for a gig he brokered.

Most enjoyable movie: Captain Phillips. So much fun I watched it twice.

Most exhilarating: Being awarded a major contract by a Swedish multinational.

Most infuriating: Lack of work given by said company due to its internal problems.

Most heart-breaking: When my world collapsed and those whom I thought were my friends kept mum.

Worse asshole: That brain-damaged retard who occupied a whole table at Starbucks by himself November 23rd without buying a drink who accused me of being rude when I asked him to make way for our group of nine paying customers.

Most ball-less: Starbucks Orchard Point staff who have no balls to chase away non customers.

Most annoying bitch: The one in seat G03 at Golden Village City Square Cinema Hall 4 on December 15th – I tolerated her kicking the back of my seat for an hour before telling the bimbo to stop.

People removed from my contact list: The pretentious, the phony, the self-righteous, the parasitic, the fair-weather friends, and those who just took up bandwidth. They needed me until they don’t need me.

Favorite quote: From Tim Keller, who wrote “Suffering is an important way to grow. People who have not suffered much are often shallow, unacquainted with both their weakness and strengths, naive about human nature and life, and almost always fragile and unresilient.” Call me evil but there are lots of smug, self-satisfied idiots walking around with a retarded grin on their faces and these are the shitheads I am praying will mature through suffering.

Worst moron: Oh I have a long list of contenders but first prize must go to that retard who started to make fun of my weight just one day after meeting me.

Best new friend: a great American in Mexico who shall remain anonymous.

Saddest moment: When the Cattanas returned to Italy.

Biggest regret: That my warning about height caused Yin to jump off from my tall stand-up desk (on which she was perched to clean the aircon filters high up on the wall). This caused her to miss the stool from which she climbed, resulting in her landing on her left heel, promptly breaking it with a loud pop. She’s hobbling in a cast now. Lesson learnt: entire body weight landing on one heel can be disastrous. Yeah, understatement. I know.

Biggest reminder: That despite serious asseverations otherwise, most holy-sounding clergymen are as carnal and avaricious and political as the next man in the street. They suck up to the well-heeled.

Most poignant moment: Recalling relationships that sundered. People that are no more.

Stupidest fucktards of the year: The Thais. People all over the world from Egypt to Malaysia demonstrate for democracy. The Thais demonstrate to halt democracy. The current protest leader – who has criminal charges of murder and corruption against him – vowed to hound the legally-elected prime minister – whom protesters accused of being part of the “nepotistic” ruling party – until she dies or quits. What the fuck? To be fair, Yingluck pushed her luck too far and too soon, trying to get amnesty for her brother.

2013’s worst PR disaster: Nasi padang for 2.50; Badung drink for 50 cents. Sure. I may be born at night, but it wasn’t last night, Mr Pretty-boy Baey. You got a discount, just come right out, look us in the eye and declare it! We may feel a little jealous but we will understand and forgive; but try weaseling and it gives PR firms, like Hill+Knowlton, of which you were once managing director, a bad name which is the last thing such firms need with their already tarnished reputation as bullshit artists. Us minions chortle in glee. Chortle, chortle.

Most helpless moment: When a smart person I know de-railed, yet again, and ended up breaking his rice bowl. He has gone under the radar now, but I don’t have to be Sherlock Holmes to predict that he will no doubt re-surface soon to look for a life buoy. I bet my last cent on that. Trust me.

Most eye-opening: When another friend lost his job due to the shenanigans of a back-stabber and an agent provocateur. Yes, Grima Wormtongue is alive and well and resides in Singapore.

Most satisfying: When it was revealed that these shit stirrers are on the authorities’ black lists and that they are being watched 24 by 7. Schadenfreude!

Most-unwarranted: When a friend lost his job basically because of his blogging.

As I look ahead to the new year, I pray for providential help to transform me into a less impatient man. But I shall not forget, and I shall not forgive. And no one will be spared in this blog.

You can bet your sweet ass on that.

Have a happy new year!