Ashes to Ashes, Dust to Dust, If Air Crash Doesn’t Kill You, Measles Must 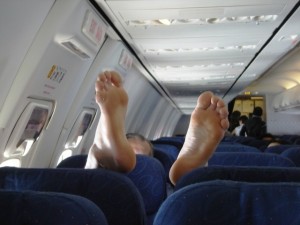 My sister-in-law and her husband flew to New Zealand for their honeymoon.

She spent her entire honeymoon in bed.

No she wasn’t doing what most honeymooners would do in bed.

She was resting in bed having caught chicken pox probably from someone in the plane on the way to New Zealand.

Relax, relax, don’t panic. This happened many years ago.

More recently, on January 12th on SQ912 to Manila, the passenger next to me was clearly very ill. She was sniffing, sneezing, coughing and had a big box of tissues with her; she was blowing her nose and leaving a huge pile of used tissues, wet with mucus, on the armrest separating our seats. She did not bother to wear a mask. Singapore Airlines cabin crew did nothing to segregate her from other passengers. That really got my goat.

Recently, a girl was asked to disembark a Singapore Airlines flight en route to Beijing after she was found to have a fever of more than 38°C, but her family refused to comply.

Earlier, the Ministry of Health had to do contact tracing after a measles-infected passenger, believed to be a seven-month-old baby, flew on a recent Singapore Airlines flight from Singapore to Auckland.

The baby’s family had been in the Philippines for six weeks, and had flown home to Auckland via Singapore.

If the baby was indeed infected with measles, the parents should have known better than to allow the kid on the flight. After all, they owe a “duty of care” to the other passengers.

In tort law, a duty of care is a legal obligation which is imposed on an individual requiring adherence to a standard of reasonable care while performing any acts that could foreseeably harm others.

Duty of care may also be considered a “social contract” – the implicit responsibilities held by individuals towards others within society.

Oh, did I just speak Latin?

Ok, it’s a Latin phrase that means “first, do no harm.” It was originally intended as a guiding principle for physicians, but I believe it’s applicable to anyone who interacts with others. That’s plain enough I hope.

We owe it to others in society not to harm them when we interact with them.

We assume all individuals have enough IQ and EQ to act appropriately.

We often assume wrongly. Didn’t someone once said when you assume, you make an ass out of u and me. (If you don’t get it, nevermind.)

It’s a sad day if we need to legislate a law stipulating that only those passengers producing health certificates from doctors certifying they are fit to fly are allowed to go into planes.

Recent experiences tell me that perhaps that day may not be too far off. 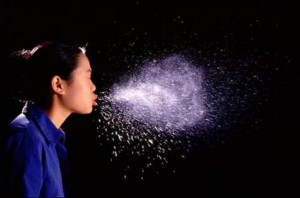 Retards who do this without covering their mouths should be waterboarded.