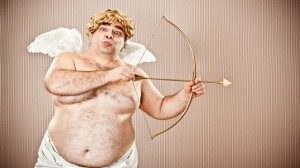 I’m not going to go into why it has nothing to do with Valentine of Rome, a priest who was martyred about AD 496.

I’m not going to raise an eyebrow at hotels blatantly promoting “staycations” and proudly proclaiming their success at snaring starry-eyed couples into spending hundreds, if not thousands of their hard-earned dollars with them.

I’ve always maintained that locals checking into hotels is such a stupid idea but apparently there is a demand. Occupancy rate is very high around Valentine’s Day. Room bookings for Valentine’s Day at the Ritz-Carlton are almost full, reported The Straits Times. As a matter of fact, in addition to a one-night stand, er, I mean, stay at a suite, the Ritz-Carlton’s Valentine’s Day package includes a butler-drawn bath alongside champagne and strawberries.

I’m not going to bother if business people, blurring the thin line between what is moral and what is normal, shamelessly lure unmarried teen couples – fueled by raging hormones, and feel-good neurotransmitters like dopamine, norepinephrine, oxytocin and vasopressin and deluding themselves that they are in love – into dingy hotel rooms. Celeste Chan, a corporate marketing manager at Naumi Hotel in Seah Street, asked: “Why stop at a dinner?” when interviewed by the paper about her hotel’s Valentine’s Day promotion.

Yeah, why stop at dinner? Why indeed?

No wonder some refer to Valentine’s Day as “Defloration Day.”

I’m not surprised – at my age, what is there to surprise me any more? – that a survey involving 572 singles conducted by eSynchrony, an online matching service under the Lunch Actually group, has revealed that one in two singles prefer their dating partners to have prior sexual experience and are in favor of living together before getting married.

I’m no longer shocked to see women kissing women and men kissing men. And I’m not stunned by the outrage against views such as those expressed by the holier-than-thou loudmouth Lawrence Khong. It tells me that those who oppose the gay community seems to find little support these days, despite Institute of Policy Studies’ Senior Research Fellow Leong Chan Hoong telling the press that recent findings on Singaporeans’ acceptance of gay lifestyles was consistent with “past empirical research on attitudes to homosexuality in Singapore.” He added: “We’re generally a conservative society with strong emphasis on traditional values.”

“I just hope that men who are happy being with other men will take the necessary precautions,” his friend chipped in. “Allow me to push your stool in for you?” He told me that’s what gay bars all over town tonight will hear one gay man say to another.

To all LGBTs, have a very HPB Valentine’s Day all.

20, 30 years down the road if this country goes to hell in a handbasket, what do I care?

Singapore has more than enough smart people who know what is right and what is wrong and what is good for our future.

I’m not going to buy the women in my life expensive diamonds because they could be blood diamonds sold by a few evil firms dominating the world’s diamond market whose purchasing of raw diamonds goes to finance civil wars where innocent civilians are maimed and killed.

Check out Sierra Leone, a country that measures terror by severed limbs. Many in that impoverished war-torn country lost their arms and feet to rebel forces that spread terror among Sierra Leoneans not by killing but by leaving innocent people as living, limbless symbols of their savage power.

I’m not giving chocolates because I’m sure the women I love don’t want me to be part of the child labor racket in some banana republic. The International Institute of Tropical Agriculture reported that over 100,000 child laborers work in hazardous conditions in cocoa farms.

I would have ordered some sexy lingerie for the women in my life but why should I support mercenaries who use child labor in garment factories locked so tight that when fire breaks out there is no escape but death.

I would have purchased some real cool Apple products for my darlings but I’m reminded that these are made in factories that are fenced to prevent overworked and underpaid workers from jumping to their deaths. Now, how cool is that?

I would have asked for overpriced roses – it’s now 250 bucks for a dozen – to be delivered to my women but the DDT rose gardeners use could have killed them. Now I certainly don’t want that. These days, I need every little bit of love I can get.

At the very least, I would have bought the women I love some peanuts, but peanuts can kill too. Airlines all over the world have stopped serving them because peanuts can cause a severe, potentially fatal, allergic reaction called anaphylaxis.

So what do we do tonight?

The women I love know that I love them.

There’s no need for anything showy and ostentatious or pretentious.

I may appear cheap, but come this November I would have been happily married for 30 blissful years.

Now, try to beat that, in this day and age.

Bottom line: Those whom I love, know I love them.

Sure, Valentine’s Day comes with extra pressure. But living right and thus reducing pressure on the other 364 days of the year ensures that February 14th will culminate as a celebration of my love – no matter how I spend it.