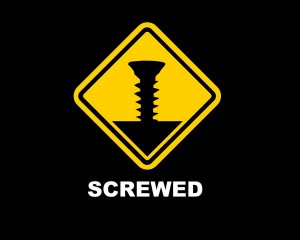 Resistance is futile. Your turn will come.

The word “Apollo” shares the same root as the Greek verb “to destroy.” Isn’t it rather apt that IBM’s latest round of staff dismissals is codenamed “Project Apollo”?

IBM’s latest US$1 billion “rebalancing,” as described by its CFO last month, is underway. It followed Big Blue’s announcement of yet another quarter of dismal results.

A similar action last year led to some 3,500 job cuts in North America alone, with several hundred hitting IBM’s North Carolina work force. This time the first country hit is India, based on reports from Big Blue workers there a week ago. The so-called “Resource Action” (an internal IBM term used by its HR to refer to employee sackings) struck in the country where IBM reportedly employs its greatest number of workers. The business unit hit is the Systems Technology Group – IBM’s troubled hardware group which is selling its low-end x86 server business to Lenovo for US$2.3 billion.

Workers were given little notice. Information sent by affected staff to the union seeking to represent IBM workers spoke about how those asked to go were ordered to return their laptops within two hours and told to leave the premises.

Other information received all told about sudden notices – and brutally quick departures, with many reportedly being quite emotional.

Some employees and observers described the layoff process as a “slaughter.”

Some American employees of IBM see it as poetic justice. They agonized with their colleagues who lost their jobs when IBM outsourced jobs to India some years back. But Americans still in IBM today are now getting worried and are on edge. Job cuts in the US are expected as well.

The fear has spread all over – people I know in IBM Singapore, where some of IBM’s most heartless, unprofessional, callous and cold-blooded HR practitioners are based, are also understandingly jittery.

IBM’s “roadmap” – its stated lofty intent to deliver US$20 per share in earnings come hell or high water by 2015 is clearly in trouble. So cuts are unavoidable. In order to create wealth for themselves and to enrich themselves even further, IBM top management would not hesitate to kick employees out of the door at a moment’s notice. It’s just a matter of time before “Resource Action” reaches your shore.

IBMers have called the plan “Road Kill” and the latest round of sackings a “blood bath.”

2,000 IBMers in India may lose their jobs. Total number of jobs to be cut worldwide is estimated to be about 13,000.

Nobody really expects companies to have employees’ best interests at heart. Let’s face it – corporations are not charities. However the manner in which dismissals are carried out could be better managed. Giving it a fancy name like “Resource Action” does not remove the pain and trauma that comes with job losses. Call it what you want, a firing is a firing, a sacking is a sacking, and HR practitioners could well use a bit of sensitivity when having to execute such actions.

Otherwise, it’s not just people’s careers and lives that are being destroyed. What little that’s left of IBM’s reputation will also be totally destroyed.

Also, have you ever wondered if IBM’s HR departments’ own staff ever got cut?

You’re right if you think that many of these retards’ first priority is to protect their own jobs! IBM has always positioned itself as an employer of choice. Those who know the inside story know better.