Is the E-pipe Here to Stay? 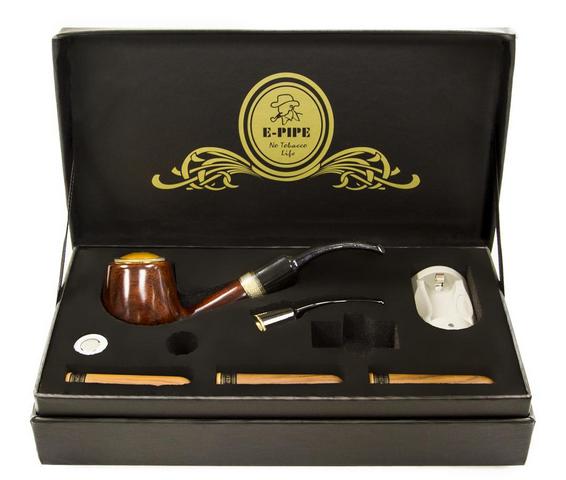 The Health Sciences Authority said on Monday that three individuals have been fined about S$100,000/- in all for selling illegal electronic cigarettes, or battery-operated gadgets that simulate cigarette smoking.

In Singapore, e-cigarettes are currently prohibited under Section 16 (1) of the Tobacco (Control of Advertisements and Sale) Act, which is enforced by the HSA.

More than 5 million people globally are said to die every year from the consequences of smoking. That is one death in ten. 70 types of carcinogens from tobacco are blamed for 90% of all cancers.

E-cigarettes (or e-cigars or e-pipes) would seem to be the answer, right? I mean, there’s no second-hand smoke, they don’t smell bad, and so far no credible scientific study has proven that e-smoking is harmful. E-cigarettes contain none of the carcinogens, such as tar and arsenic, present in regular cigarettes because they contain no tobacco.

Wrong! Many in positions of power are up in arms against e-smoking.

The World Health Organization and the US Federal Drug Administration are planning to officially classify e-cigarettes as tobacco products. WHO wants to reduce tobacco use by 30% by 2025. It’s determination to stop e-cigarettes is therefore incomprehensible.

I can only think of three reasons:

One, e-smoking may lead to smoking the real thing. But nothing has proven that this is the case; in fact the reverse is true – e-cigarettes now outsell nicotine patches.

Two, the vapor-producing liquid that is the main ingredient of e-smokes may be harmful and addictive. Sure, so is sugar, so is salt, so is excessive sex, so is beer, so is red wine and so is a one-party government, if you get my drift. And the contents of these liquid vials can be quality-controlled to ensure that they cause minimal harm or contain zero nicotine.

Three, e-smoking products may overtake the sale of real tobacco products, causing the government to lose shitloads of revenue. If the government can ban chewing gum but is reluctant to ban tobacco products altogether – despite scare tactics and years of campaigns to castigate smokers – it can only mean that it is greedy for the lucrative revenue that the taxes on such products bring. (Plus a total ban would be seen as yet another draconian decree and would alienate voters even more.)

In any case, it is already clear that whatever health risks may emerge in studies of e-smoking, they are vastly less lethal than traditional smokes.

The risk of getting more people addicted to something relatively harmless is well worth taking, given the opportunity for curbing dramatically the world’s single-most-harmful voluntary activity, says The Economist.

Now, WHO, FDA and HSA, put that in your pipe and smoke it!