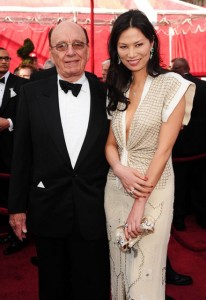 Pirelli tires’ most coveted product isn’t one of their tires but their yearly calendar.

What has tires got to do with semi-nude models?

So why the girls?

Images – especially in ads – attract certain audiences; for example if you wish to sell to women, make sure your ads have pictures of babies.

So why do local condominium ads in print and on TV often feature youngish Asian women with ang moh men?

What are developers of such properties trying to project and portray?

Due largely to government policies to infuse “foreign talent” into Singapore, there is currently an over-proliferation of foreigners here. Many Singaporeans complain that they feel like strangers in their own country. The anti-foreigner sentiment has already reached an alarmingly feverish pitch. There are too many mainland Chinese running around thinking they are more superior than us, and young women from China are causing havoc to marriages here. Also there are already too many Indians from India who look down on Indians born in Singapore and there are too many white trash “escapees” from Hong Kong still acting like colonial masters – yes, the FILTHs (those who Failed In London, Tried Hong Kong), and now trying Singapore? So with many Singaporeans resenting foreigners because they think these outsiders are taking away their jobs and encroaching into their living space are these condo builders bent on rubbing this negative stance in by alluding to the perception that these foreigners are fucking our women too?

I have nothing against inter-racial marriages (read an earlier post I wrote about it here) but, seriously, the robber barons of today would do well to take care not to piss off Singaporeans even more. Our government is already doing an excellent job with that. There is no need for you to help them. Please don’t add fuel to fire.

Your glamorous ads may appear clever and smart but they are not working, I’m sorry to tell you.

Unless your ads appeal to and resonate with the aspirations of the average Singaporean, you are going to fail miserably and you are going to look like just another douche bag who sucks up to the descendants of ex-colonizers. Didn’t your parents or grandparents suffered enough under those bloodsuckers who conquered their countries and robbed them blind?

Companies ought to exercise responsible leadership by taking steps to prevent fanning the flame of xenophobia.

Bodies who are supposed to be watchdogs of advertising appear to be sleeping, as usual.

These are the same buffoons who allow ads in our local media trying to convince the clueless that they can lose weight, re-gain lost hair, enlarge their busts, get laid even if they are ugly losers and make money using the internet while they sleep.