MyRepublic Down Again; What is IDA going to Do? 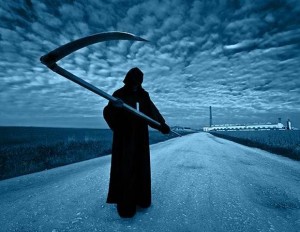 MyRepublic was down on May 19th from about 6am to about 5pm.

According to MyRepublic this was due to problems at the Jurong West Internet Exchange.

Feedback from other subscribers indicates that for many, their connectivity or lack thereof have been down for days, not hours. See for yourself by going to MyRepublic’s Facebook page or Twitter account.

This is not a one-time occurrence and is clearly unacceptable. Internet connectivity is an essential part of modern day life. Internet access should be as ubiquitous a service as electricity, water, gas, or even the old wired phone system.

The Infocomm Development Authority of Singapore should elaborate on how it intends to deal with this. As a tax-paying citizen and a fee-paying subscriber, I believe I am entitled to know.

I talk with God every day but I have major problems trying to reach MyRepublic. I gave up after listening to elevator muzak and canned sales pitches for almost 45 minutes. This seems to be the typical experience of subscribers trying to dial in. I left a message on its website but have not gotten a response.

I wondered if I should be contacting OpenNet instead.

Fiber broadband customers shouldn’t have to wonder each time the internet becomes inaccessible if it’s their router, or MyRepublic or OpenNet that is the culprit or even which organization to contact when outages happen.

To compound end-users’ frustrations all of these organizations pride themselves as innovative, people-centric customer-focused game-changers and other such puke-inducing clichés.

I wasn’t surprised when I read in today’s papers that business owners are abandoning OpenNet in favor of SingTel.

This is a so-called first-world country with third-world level of service and efficiency.