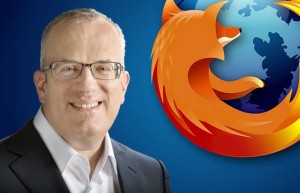 Brendan Eich, co-founder and chief technology officer of Mozilla Corporation, best known for the Firefox browser was promoted in March to CEO but his position as CEO lasted barely two weeks.

News surfaced that back in 2008 he had made a single private donation of a thousand bucks in support of California Proposition 8, a ballot which sought to restrict marriage in California to heterosexual couples only.

Eich was fired from Mozilla.

I find it tragic that the board of Mozilla failed to support Eich and thereby failed to support the principle that a small group of organized protestors should not be allowed to bully a company into firing an individual for a perfectly legal personal act that preceded his appointment.

The US media is also to be blamed. Is the gay lobby so strong that the media in the US has become feeble, so feeble that it has become so deferential towards minority groups that it hardly occurred to them to consider whether there is something very wrong about a group of “diversity campaigners” seeking to oust someone from a job simply for disagreeing with them?

Because of that, Sterling was forced to sell LA Clippers and fined US$2.5 million as well as having to face a whole load of other troubles.

In my view, the National Basketball Association has not only acted illegally, it has also acted unconstitutionally.

The First Amendment guarantees the right of free speech. Sterling may be a rich scalawag, but being rich is not a crime. He was accused of racism though he didn’t even use the word “nigger.” In fact, he went as far as to encourage the black female hustler he was humping – she tried selling the recorded conversation for money after he refused to meet her price – to “admire him, bring him here, feed him, fuck him…but don’t put him [Magic Johnson] on an Instagram for the world to see…And don’t bring him to my games.” Pretty tame stuff if you are privy to what Singaporeans say about other races they live amongst.

How can one call America a free country when one can lose one’s business over something said to some woman in private? What more a woman whose morals are highly questionable.

And more recently, Jonah Hill, one of the actors in The Wolf of Wall Street, had to make an emotional apology for using the word “faggot” on a paparazzo who was harassing him.

Hill said his remarks were “grotesque” and not in keeping with his long-held support for the gay community.

“My heart’s broken and I genuinely am deeply sorry to anybody who’s ever been affected by that term in their life,” lamented Hill, “I’m sorry and I don’t deserve or expect your forgiveness,” he added.

What a fucking wimp.

These three examples are examples of political correctness gone to the extreme.

Sure, it’s necessary to be politically correct, but that’s not forget that God has given us brains too.