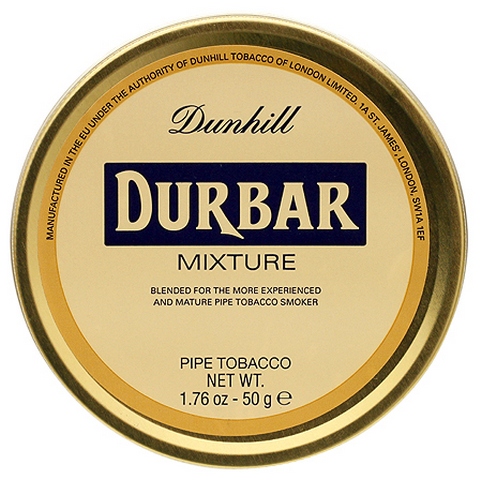 My daughter bought me several tins of Dunhill Durbar when she visited Wolsdorff Tobacco in Cologne last week.

Durbar is considered as one of Alfred Dunhill’s finest creations but this is a new remake of the reputable Durbar which was last produced by Murray & Sons for Dunhill. It has just been introduced in Germany, imported by Kohlhase, Kopp & Co. It varies both in cut and content from the original but still, the blend contains a high proportion of Oriental Leaf, Virginia and Latakia.  Rich body, but has a slow rate of burn and is medium in strength, mild in flavor with floral and subtly smoky notes.

On the tin it says it is for the more experienced and mature pipe tobacco smoker.